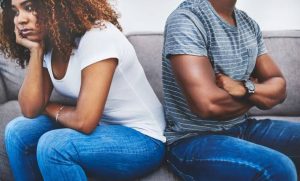 What to do when your boyfriend stops making an effort?

Quite a dicey one, but we are not known to run from controversial issues, are we?

So, we dive right in!

This article will be centered mainly on what to do when your boyfriend stops making an effort.

It is all about how as a woman, you feel like you’re doing everything for him and he’s just not putting in the same amount of work as you are.

Everyone loves the feeling of being on a date with their significant other.

You get to spend time together, share what you love about them and talk about your future plans.

But as times change, some people find themselves in relationships where they are doing all the work while their partner seems less interested in making an effort.

What do you do when your boyfriend stops making an effort?

What is okay, and what’s not okay to do in this situation?

What are the signs of a man who has stopped trying (in any aspect)?

What can you do about it?

And how can you make him want to try again?

We’ll talk about all these questions here.

What To Do When Your Boyfriend Stops Making An Effort

1. Take Action, He Probably Lost Interest In You

First of all, no one wants to be with someone who doesn’t love them anymore or isn’t interested in them anymore.

Sometimes people just lose interest – even if they were originally head over heels for each other.

Sometimes, people grow apart as they mature and change.

They discover new things and meet new people, and it’s very easy for old feelings to vanish when there’s someone else in the picture.

What is also important to realize is that if your boyfriend lost interest, it doesn’t mean you’re not attractive or interesting enough – it just means he isn’t attracted to you right now .

It could be that he finds other women more interesting, or perhaps there’s another reason entirely.

Sometimes the signs are subtle, other times they are glaringly obvious, but what matters is that if your boyfriend has stopped trying, he clearly isn’t as interested in you as he used to be.

What this means is that if you want to save the relationship, you have to take action – and that means going against a very ingrained instinct: being nice.

2  Do Not Bug Him, It’s Irritating

When your boyfriend stops making an effort, one of the worst things you can do is try harder.

It’s difficult for people who’ve been together for a long time to accept when someone has stopped trying, because they feel bad about themselves or think something must be wrong with them, so they try even harder to win their partner back.

What I’m saying might sound ridiculous, but it happens more often than you’d think.

What happens is that the boyfriend feels like his girlfriend is following him around, and it makes him resent her even more than he did before.

He gets irritated by everything she says because she’s always complaining about how much effort he’s not putting in – and then, if she tries to apologize or explain herself, he shuts down even more because now she’s trying to pacify him.

What you should do instead, when your boyfriend stops making an effort (and only when he has completely stopped), is stand up for yourself and be firm with your boundaries.

What does this mean?

You can’t force someone to stay with you or make an effort, but you can show him that he’s worth making an effort for.

3. Do Not Settle For Less, You Deserve More

What to do when your boyfriend stops making an effort is not to accept behaviors that make you feel like shit.

This means not letting him swear at you, call you names or yell at you, and it also means not putting up with bad behavior like disappearing without warning or ignoring your attempts to communicate.

Other Things To Do If  Your Boyfriend Stops Making An Effort 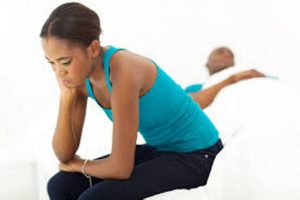 What else should you do if your boyfriend has stopped trying?

You always see it in the movies or whatnot.

A guy and a girl fall in love, they live happily ever after, which is what you want… What everyone wants.

But what if your boyfriends stops making an effort?

Don’t turn into the girl who loses guys in droves because you made no efforts yourself!

Here’s what to do when your boyfriends stops making an effort.

First things first, what exactly happened when he stopped making an effort?

Do you know what went wrong?

It can be hard to tell- especially when people are dealing with personal issues they might not want to talk about.

Something like this would definitely change his whole demeanor towards you – what was once happy-go-lucky could now be apathetic or angry.

So what does it mean when your boyfriends stops making an effort?

It definitely means something went wrong – what exactly that is, you might never find out!

But what’s done is done- these are actions, not words.

Keep this in mind.

Let’s say you do know what happened; basically what you need to ask yourself here is if the issue that caused him to act like this could be solved if you spoke up.

If that were the case then simply try to solve this problem by talking to him.

You’ve put in a lot of time, effort and energy into this relationship.

Your boyfriend should be willing to do the same for you if he really loves you.

If your boyfriend is not making an effort, don’t take it personally – that doesn’t mean he doesn’t care about you or love you as much as before.

It just means his priorities have shifted elsewhere.

It’s hard to understand what is happening when your boyfriend stops making an effort.

You don’t want to lose him, but you’re frustrated that he doesn’t seem interested anymore.

So how do you fix this situation? One way is to look at the problem from a different angle and figure out where it comes from so you can work on it together.

Maybe there are things about his life outside of being with you that have changed or maybe he has started feeling burdened by all the expectations for himself as well as those placed on him due to his relationship status with you.

Whatever the case may be, find ways in which both of your lives are enriched instead of just one person losing their identity every time they’re around the other person.

8 Signs You Are Sapiosexual