Let me tell you a story.

Some years back, I met a guy online and we had a deep connection.

He had similar values, saw many things the same way, wanted the same things out of life and even had similar personalities; my doppelganger practically.

As expected, homegirl was certain he was the one. I mean, I was not alone, even my friends thought I had found ‘the one’.

We spoke almost every day for hours and I was always blushing during our conversations.

I was happy and thought it was the beginning of forever.

Boy, was I wrong?

One day, after a usual beautiful conversation, I was so overwhelmed with my feelings for him, so I told him I loved him.

He didn’t say it back and he never mentioned it again, completely ignored it.

Honestly, I don’t think I can explain how I felt enough for you to understand.

You need to have felt the same way to get what I am saying but you know how romance novels describe heartbreak as feeling like a rock was placed on one’s heart.

That was exactly how I felt.

But I am more logical a person than I am emotional; so I got over it quicker than most people would.

And I did not hold it against him; he just didn’t feel the same way about me as I felt about him … it happens.

But it made me wary.

I didn’t want to fall into that trap of thinking a guy was in love with me when he was only “in like” with me.

I definitely was sure the aforementioned guy was in love with me but I had to be honest with myself and agree that he only wanted friendship and nothing more.

I was the one designing wedding gowns in my head and seeing babies.

I am sure many people can relate; both men and women.

And this is the time I am supposed to throw in a wise insight on how to find out they simply like you but do not love you.

I honestly don’t have anything more than if they love you, they will tell you or they will show you, you will not be in doubt. If you are in doubt, then it is probably not real.

Now, there are people who are in love with us but are not good with showing affections or emotions; so the above does not automatically mean they don’t love you.

I don’t know if I am making sense.

The thing is you might be disappointed now with this but I have read enough “wise” articles that give you a list of how people tend to behave when they don’t love you but I have also discovered that human beings are the most complicated of all the creations of God and you cannot properly put them in a box.

What makes A tick might be totally different from B and if you use the yardstick of A for B, you might be missing it greatly.

My advice; if you have feelings for someone and you want to know if they feel the same way, have an honest conversation with them.

You might not want to blurt out “I love you” as I did though.

I would suggest asking them how they feel.

Some might still lie because they are not sure how you feel yet and wouldn’t want to be that vulnerable.

If you can talk about how you feel, do, if not, well, you will just have to deal with the result of the conversation.

Either way, there are billions of people in the world; chances are there are more than one “the one” for you.

So don’t sweat it, you will find love … maybe not with them. 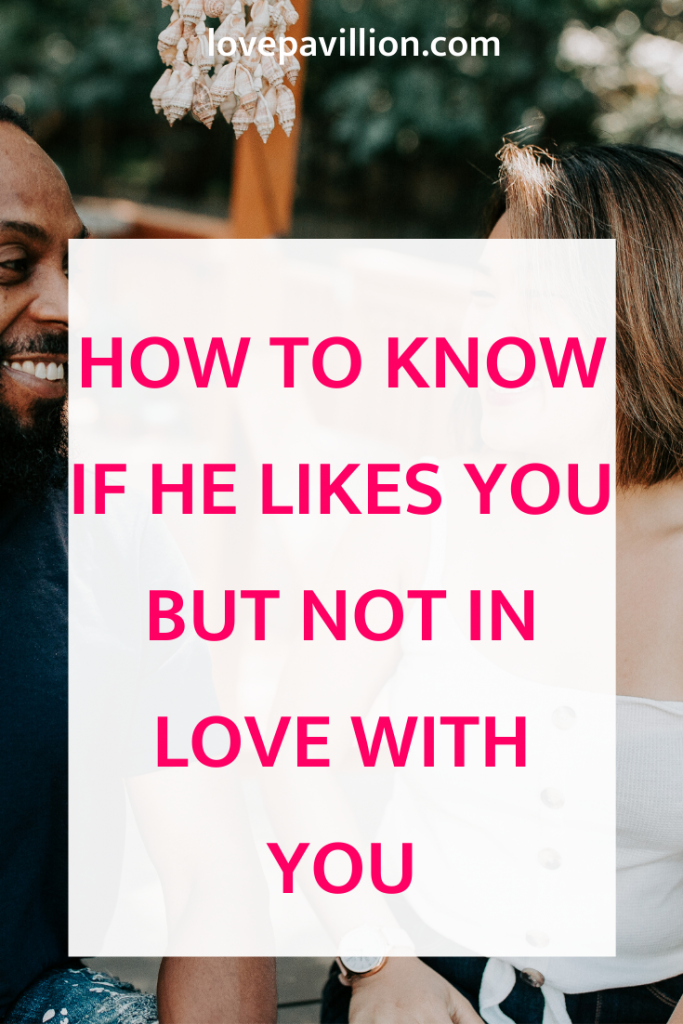