Are there signs he wants you to be his girlfriend soon?

You’ve been seeing this guy for a little while, and you’re getting the idea that he might be interested in you.

There are so many signs that you could be looking for to determine if he likes you.

When you first meet a guy, he is probably trying to impress you.

He will focus on his own interests and stories, and he may talk so much that you can’t get a word in.

If a guy likes you, however, he will make an effort to listen to you more than he talks during your conversations.

If a guy really likes you, he will be interested in getting to know everything about you.

He will ask questions about your life, your family, your job, and your goals.

This doesn’t mean that he is interrogating you with endless questions.

Instead, it means that he wants to know more about what goes on inside the mind of the girl who has him so intrigued.

If you have been dating and hanging out with a guy and you’re not sure if he’s ready to be your boyfriend yet, you may have concerns about what the signs are that he wants a relationship.

Some men aren’t in any rush to make things official, while others will drop hints that they’re ready to take that next step.

The way some guys flirt and act around their crush can be different than how they behave when they’re in a relationship.

If you have been getting to know each other better and spending more time together, it’s possible that he may be getting close to asking you to be his girlfriend.

10 Signs He Wants You To Be His Girlfriend Soon 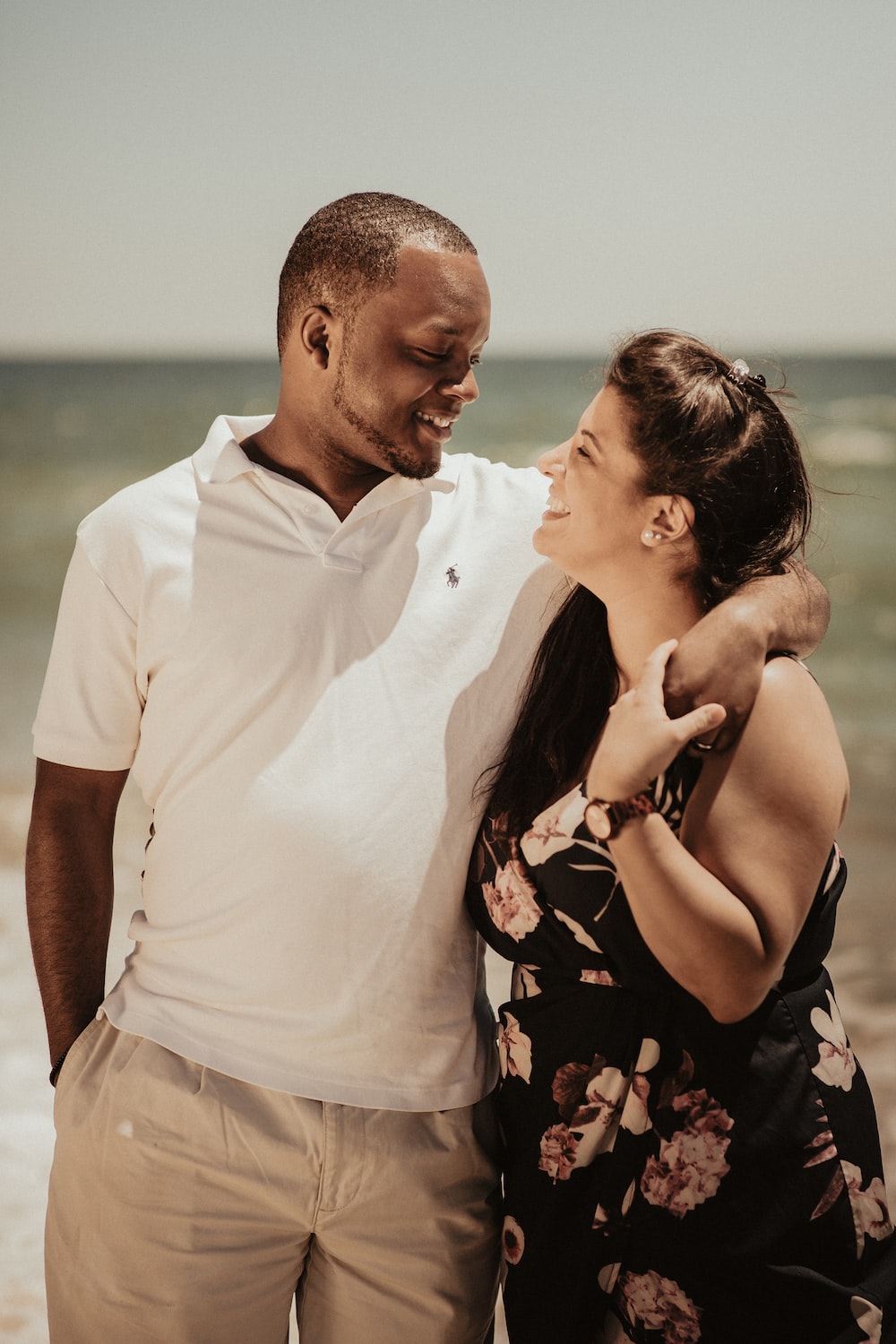 He listens to you more because he’s interested in what you have to say.

Men are known to be more logical than emotional.

Yet, when a man is interested in you and wants to take things to the next level, he’ll start paying closer attention to what you have to say.

He’ll listen to you intently when you’re talking about your family, your work, and your hopes and dreams.

If he’s into you, he will remember what you said and ask follow-up questions.

He will try his best to laugh at your jokes, even if they are not that funny.

He’s trying to show interest and make you feel good.

What better way to do that than by laughing at your jokes?

He really listens to you when you talk, even if the conversation isn’t about him.

If a guy is interested in you and wants to date you, he won’t hesitate to answer your texts or return them. 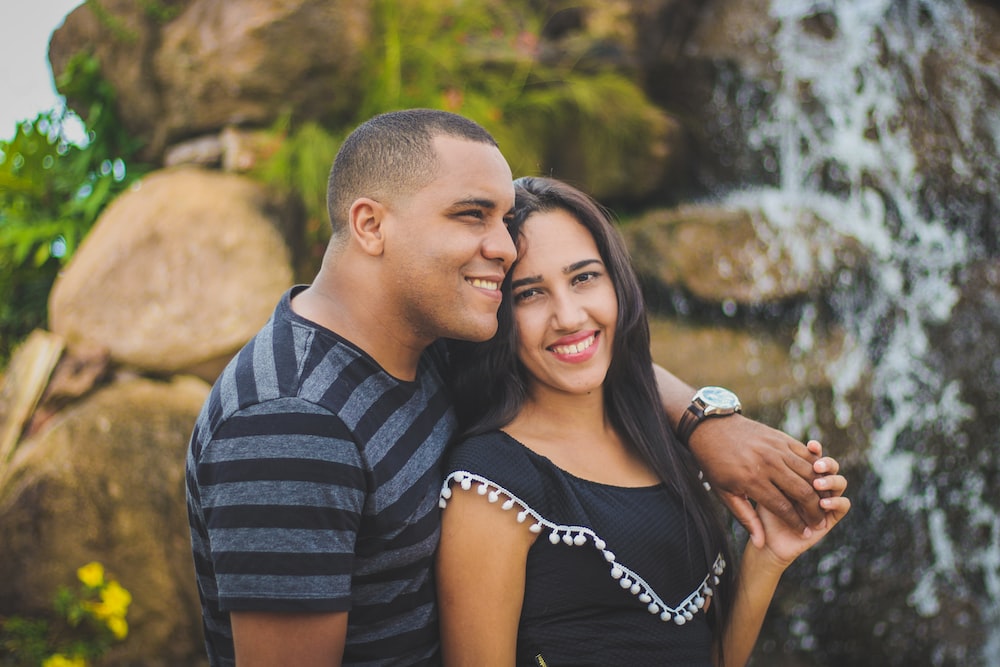 One of the biggest signs a guy is interested in you is when he starts to initiate more physical contact with you.

He may try to touch your arm, occasionally lean in to push a straying strand of hair off your face, swipe at an insect perching on your leg, etc.

3. He Is Inquisitive About Your Life

If he likes you, he’ll want to hear what you have to say and will listen to your opinions.

He’ll ask you questions about yourself, your life, and what you like doing.

He won’t just be telling stories about himself constantly, or changing the subject every time it comes back around to him.

He seems nervous around you but still makes an effort to talk to you.

He asks lots of questions about your life, especially about your exes.

He compliments you often and makes it clear that he finds you attractive.

He might do this by making jokes about how hot or sexy you are.

4. He Is A Great Communicator

One of the best things you can do to identify what he wants is just to talk to him.

Many times, men will hint at their intentions, but they won’t come out and say it.

Still, they might drop some hints when they’re feeling comfortable.

He might start talking about his family and his plans for the future.

If he’s talking about something that seems like it’ll be a long-term commitment, he could be hinting that he wants you to be his girlfriend soon.

And that’s one of the signs he wants you to be his girlfriend soon.

He may also talk about his friends more when he’s interested in someone because people subconsciously try to impress their crush by showing off their social skills and popularity.

5. He Introduces His Friends To You

If a guy seems especially eager to introduce you to his friends, it means that he not only wants them to find out more about you but also wants them to approve of him dating you.

It could be a good sign if your guy has introduced you to his friends.

This usually means that he’s proud to have you around them.

However, this doesn’t mean that you should automatically assume that he wants to make you his girlfriend soon.

Some guys will introduce their friends to girls even if they aren’t interested in taking the relationship further.

It just depends on how close he is to his friends and how much time he spends with them away from you.

Just keep an eye out for other signs that may suggest that he wants to make you his girlfriend before making any assumptions about where the relationship is going.

6. He Makes Efforts To Spend Time With You 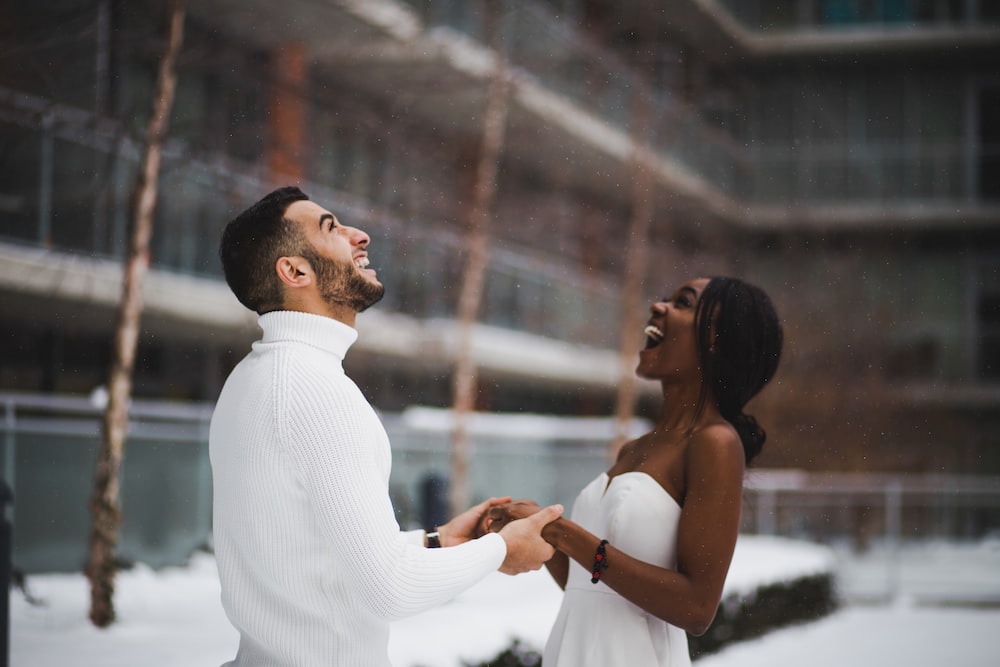 He wants to see how compatible the two of you are when it comes down to spending time with each other.

When a man is not interested in turning a relationship into something more serious, he won’t want you around him too much.

But if he likes being with you and plans on taking things further, chances are high that he’ll make time for you no matter how busy his schedule is because he enjoys your company.

7. He May Have Talked About Dating Exclusively

Men who want to make their intentions known may talk about having a relationship or dating exclusively.

If he has hinted at this, there’s a good chance he’s interested in moving forward and wants you to be his girlfriend.

You might find that he talks about being with only one person or not seeing other people as much.

These are all signs that indicate he is interested in taking things further with a long-term commitment.

8. He’ll Try His Best To Make You Happy

If he’s interested in you, he will do his best to make sure you’re happy.

He’ll ask you what you like and listen carefully to your answers.

If he doesn’t remember the details of your conversations later on, don’t worry too much about that.

It may be that he’s not listening as attentively as you think, but it can also mean that he’s feeling nervous about telling you how he feels.

The more comfortable and confident he is around you, the better his chances are of being able to tell you how he feels without getting rejected or embarrassed.

9. He Pays More Attention To You And Less To His Phone

When a guy likes you, he is going to start being less attentive to his phone and more attentive to the person who matters.

He’ll be on it less, or if he’s in your presence he won’t be in it as much.

It’s because he realizes that you’re the thing that matters most.

If he’s texting someone else while hanging out with you, then that’s a sign that he doesn’t really like you.

10. He Cares About What You Have To Say

When a guy is into you, he wants to know all about you, which means he’ll let you talk about yourself and what’s important to you.

He won’t interrupt or look at his phone when you’re talking because he actually cares about what you have to say.

A guy who doesn’t like you isn’t going to listen as carefully when you speak because his mind will be elsewhere. 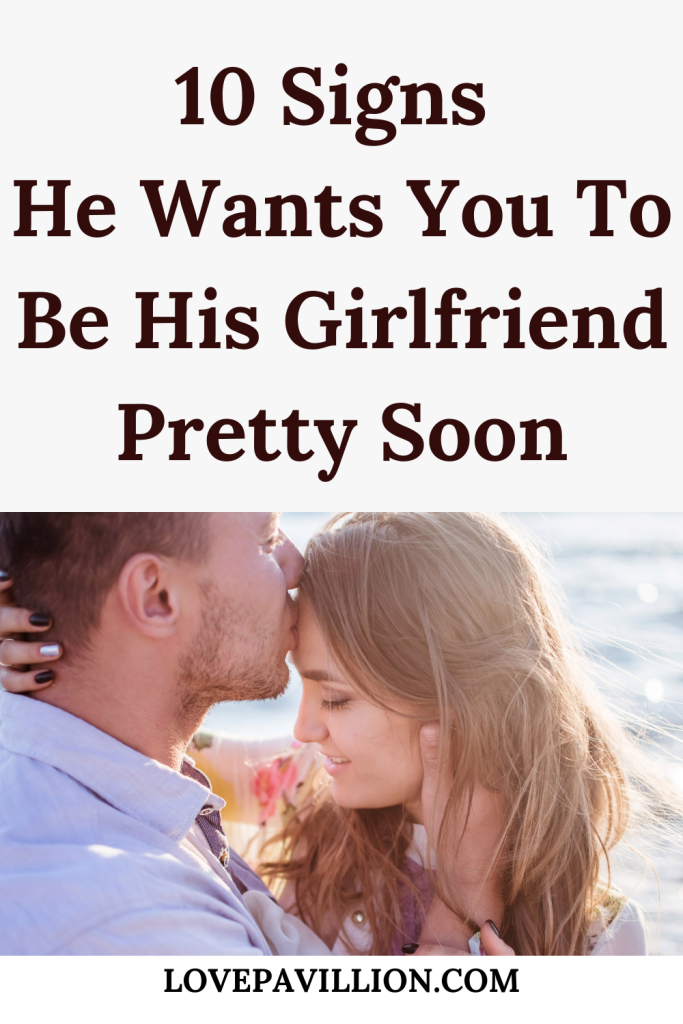