It’s not always easy to see the signs your ex is pretending to be over you.

It can be hard to tell the difference between if your ex still wants to be with you or if they don’t want anything to do with you and have genuinely moved on.

We’ve all been there: a breakup from a long-term relationship that we thought was going to last forever.

The aftermath of a high conflict breakup is usually filled with despair and hopelessness, especially if the other party isn’t right there with you.

Many of us are unsure if they want to be with us, but are afraid to admit it and potentially hurt our feelings.

This can leave us wondering and questioning whether they are pretending to be over you.

Whether your ex is still in love with you or trying to get over you because they have a new boyfriend/girlfriend, pretending to be over you can be very hard on an intimate relationship.

When you are feeling sad or depressed and it feels like only bad news comes into your life, they can make you feel better by being there for you.

If they’re not completely over you and it’s clearly just a mask of sympathy, this could be hurting your feelings quickly.

If you’ve been dumped and want some clarity, you may be struggling to read the signs that your ex is over you.

It’s natural to wonder: Has he or she moved on?

Are they pretending they don’t miss me?

There are many reasons your ex might pretend he’s over you: You may have broken up a few months ago, but he still can’t seem to get past it.

Either way, when you’re aware of the signs below, you can tell that he’s not really over it.

9 Signs Your Ex Is Pretending To Be Over You

1. He Tries To Keep In Touch

If your ex hasn’t completely cut off communication with you, it could mean that he’s still holding onto hope that you two will get back together.

Of course, if he is keeping in touch with you, it could also mean that he wants to be friends.

However, if his messages are anything but friendly and his actions are borderline obsessive, then there is a good chance that he still has feelings for you.

And it’s one of the signs your ex is pretending to be over you.

2. He Tries Too Hard To Look Good Around You

When an ex just wants to be friends with you after breaking up, his appearance probably isn’t a big concern for him when he knows you’re going to be around.

However, if your ex puts on his best outfit and styles his hair before seeing you, then it’s safe to say that his intentions aren’t entirely platonic.

Guys don’t go around trying to look good around someone who doesn’t matter to them.

So, this should ring a bell to you.

3. He Talks About You To Your Mutual Friends

Your mutual friends can tell you a lot about what your ex has been saying about you.

Have they mentioned that he brings up your name every time they see him?

Well, it may be because he can’t stop thinking about you.

What more do you need to know that it’s one of the signs your ex is pretending to be over you?

4. He Tweets Songs That Remind Him Of You 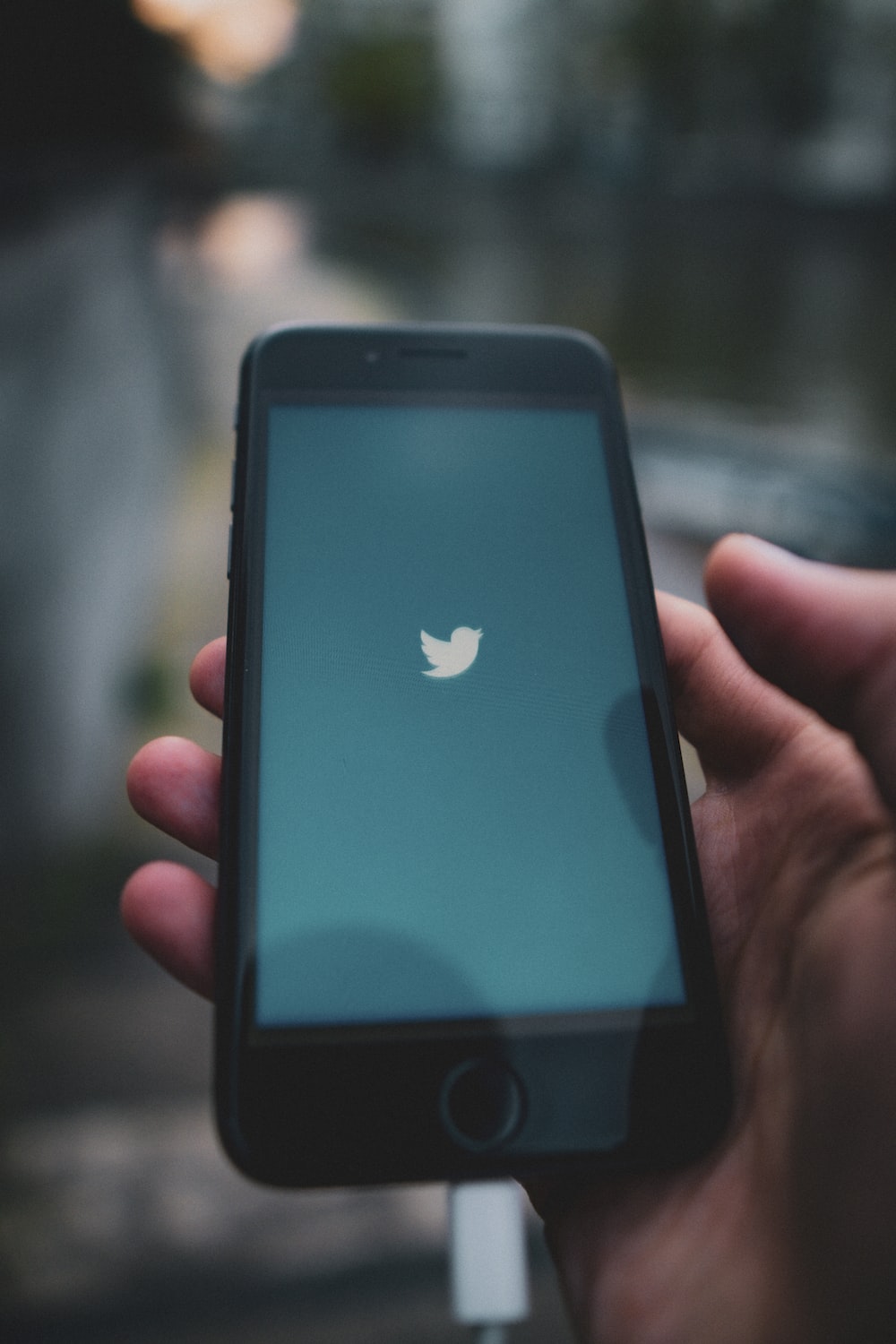 If your ex is tweeting songs that remind him of you, chances are good that he’s feeling nostalgic for the relationship and wants to see if you’ll see his post and respond.

He might even want to let everyone know just how much he misses you.

5. He Keeps Bringing Up The Past

If your ex keeps bringing up all of the good times you two had together, it would definitely be a sign that he’s trying to get back together with you or at least get on your good side again after all the water that passed under the bridge.

6. He Can’t Seem To Keep Your Name Out Of His Mouth

If your ex keeps talking about you and asking if you’ve moved on yet, these are clear signs that he’s not over you just yet.

He might also be speaking badly about you in order to get a reaction out of the both of you.

If so, then that means that he still cares enough about your relationship to try and keep it going in some way or another.

I’m sure the last thing you want to hear is that your ex is still thinking about you, especially if you’re already over him and have moved on.

But there are some weird ways to tell if a guy is still hung up on his ex, and it’s not just that he talks about her all the time.

The thing is, when guys are trying to move on from a relationship, they don’t always do everything in their power to get completely over their exes.

They might think they’ve moved on — and maybe they have — but there are subtle signs your ex is pretending to be over you (even if he isn’t) that you should look out for in case he’s not as over you as he seems.

Whether it’s good or bad, he feels strongly enough about you to mention how you’re doing or what you’re up to.

He acknowledges the mistakes he made and doesn’t want those mistakes repeated in future relationships.

7. You Still Have A Connection

One way or another, there is still a connection between you two, whether it be through mutual friends or social media.

It will be hard for him to completely get over someone if there is still a connection between the two of you.

Even if this connection isn’t strong, it’s still there and it’s something that he needs to deal with before getting over the breakup.

8. They Stalk Your Social Media

If your ex has suddenly started liking every photo and status update you post on social media, it could mean they can’t stop thinking about you.

Sure, it might not be the most mature way of staying in touch with what’s going on in your personal life, but hey — at least they’re thinking about you!

9. They Reach Out Randomly

If your ex randomly texts you out of the blue after months of silence asking how things are going or if there’s anything new in your life, then something is obviously up.

Random late-night texts asking questions like, “What are you doing tonight?” or “Who are you hanging out with this weekend?” is a common sign that an ex isn’t over you. 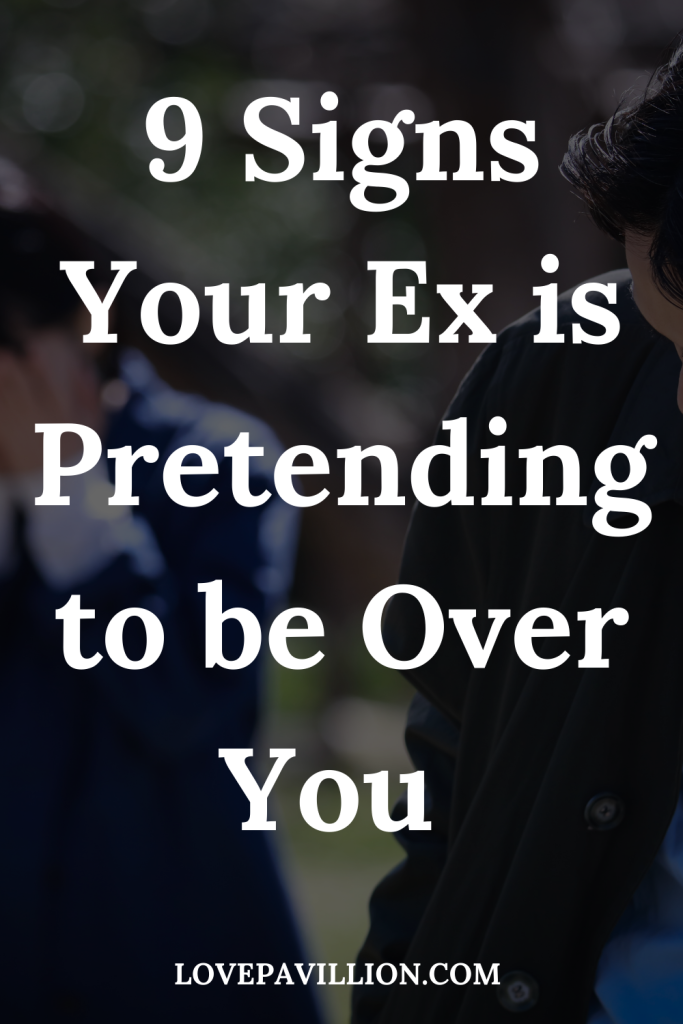