No one enters into a marriage expecting it to fail, but unfortunately, cheating happens all too often.

When it comes to a cheating spouse, there are often plenty of signs that give them away.

However, some couples may be in denial and choose not to see the signs.

If you’re worried your spouse is cheating, here are 20 sure signs that can help you confirm your suspicions.

If you see any of these behaviors, it’s time to have a serious conversation with your partner:

20 Signs Your Spouse is Cheating On You 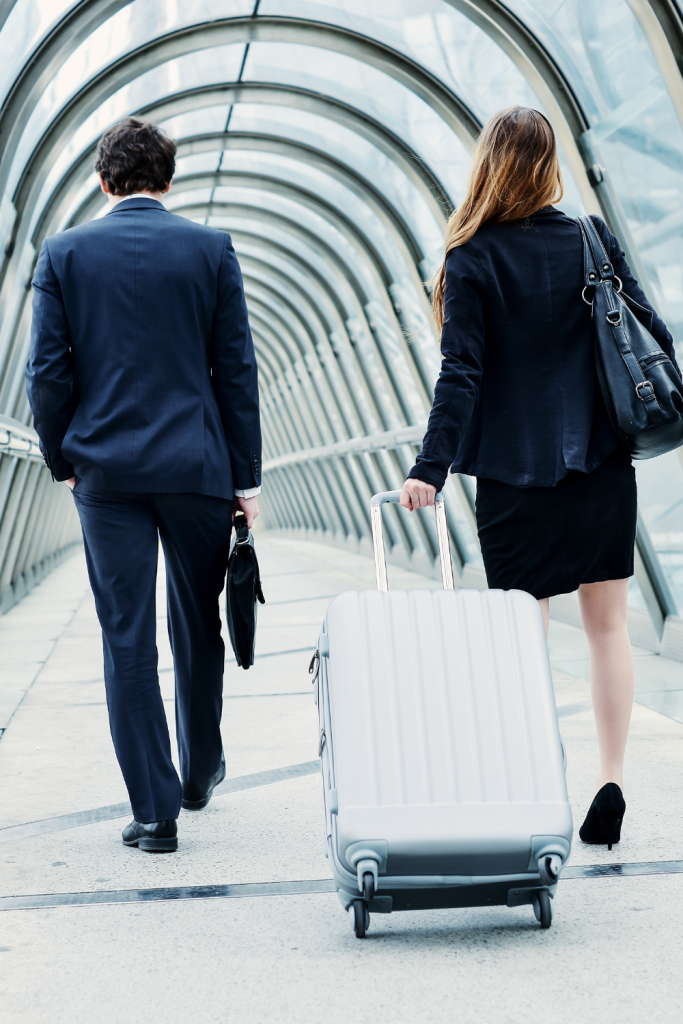 Though you might think working late or taking a business trip is normal, constantly doing these things can hint that your partner isn’t always working.

If they’re often unreachable and don’t want to tell you where they’ve been, there’s likely something suspicious going on.

2. They bring their phone with them everywhere and constantly check it

A spouse that brings their phone everywhere is suspicious.

If your partner is constantly texting, scrolling through social media apps, or checking their email, it’s probably because they’re having an online conversation with someone who isn’t you.

Cheating spouses often make up excuses to sneak off and talk on the phone with someone else because they don’t want their significant other to find out about them.

3. They have a lot of late nights at the office or out with work colleagues 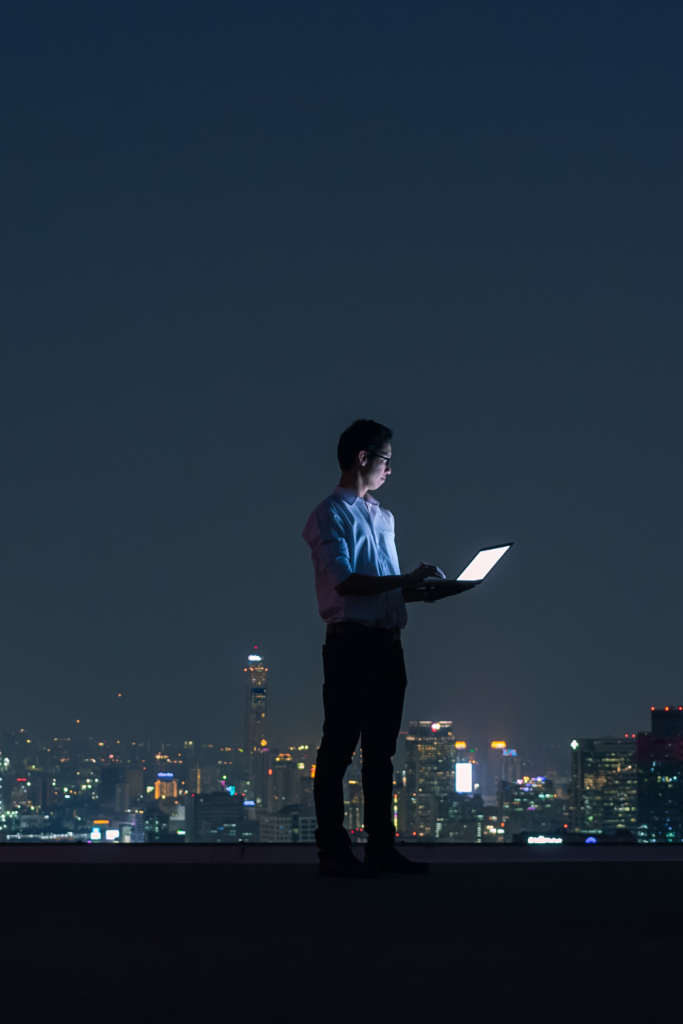 If your partner is always going out with colleagues, but never brings you along or has a good explanation as to why they’re constantly working late, it’s likely that there’s something going on behind your back.

4. Friends and family members have expressed concerns about them cheating

Hearing from multiple people that they think your partner is cheating is not a good sign.

If your family and friends notice the same things you do, it’s likely because they know if something is off in your relationship too.

Cheating spouses often want to keep their relationships hidden from others for fear of judgment or outside criticism; however, that often leads to them getting caught because everyone can tell something isn’t right.

5. They’re giving you the cold shoulder or acting distant

When someone is cheating, they tend to distance themselves from their partner and give them the “cold shoulder.”

If your spouse has become cold and distant lately, it could be because they’ve fallen out of love with you.

Cheating spouses usually lose feelings for their significant others after engaging in extra-marital activities because they develop a sense of guilt that is often followed by self-loathing.

If your spouse has recently started acting distant and ignoring your attempts to communicate with them, there could be another person involved in their life.

6. They’ve become increasingly critical of you i.e. starting fights for no reason or bringing up past mistakes 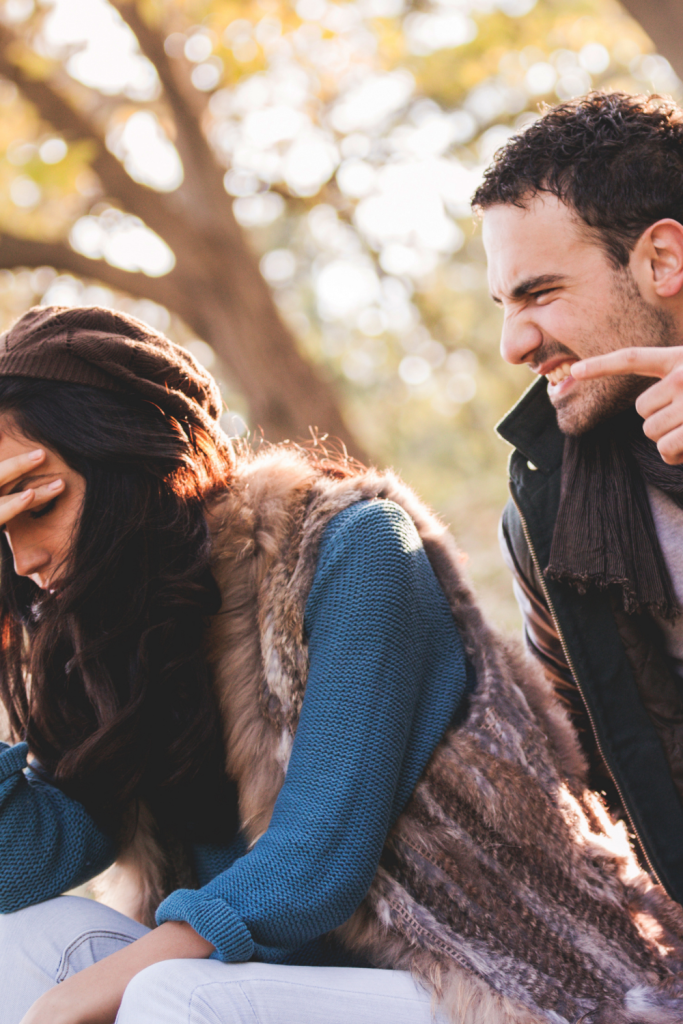 If your spouse suddenly becomes more critical of you and nitpicks on everything you do, there’s a chance they’re doing it to cover up their own mistakes with someone else.

Cheating spouses often try to blame others for their actions instead of taking responsibility for them.

7. You have a gut feeling something is wrong but can’t figure out what it is

If you have a gut feeling that something is wrong in your relationship but don’t know exactly why, there’s likely someone else involved.

If you find any suspicious texts or phone numbers on your partner’s phone or email account, it means they’re hiding something from you.

Spouses that are cheating often try to delete all the incriminating evidence before their partners discover it.

9. They neglect to tell you about important events or seem preoccupied when you talk about them

Spouses that are preoccupied with other people often forget to share important events with their significant other because they’re too caught up in thinking about the other person.

Though it may seem like a seemingly innocent mistake, your partner neglecting to tell you about important events can be a sign that they’re cheating on you.

10. They don’t trust you and often accuse you of being paranoid when you bring up concerns

If your partner doesn’t trust you, it’s likely because they have something to hide from you.

Spouses who are cheating often try to turn the tables and make their significant other feel like they’re crazy or paranoid for bringing up their concerns.

11. They always want to know where you’ve been and who you’ve been with i.e. checking your phone, asking if someone is at the door, etc.

The only way a cheating spouse will know where you’ve been is if they’re with you.

If your partner tries to keep tabs on your whereabouts and check in on who’s at the door, they could be worried about getting caught for cheating.

12. They hide their phone so you can’t see it when they get a text or call i.e. burying it in the pillow or under the bed

When someone is trying to hide something from another person, they often try to limit their access to that information by keeping it hidden away.

Cheating spouses will often go through great lengths to avoid letting their partners see their phones because there could be incriminating evidence on them that leads back to themselves or another person involved in their life.

13. They’re mostly secretive when you ask them about where they’ve been or who they were with

Spouses that are cheating often try to cover up their tracks by withholding information when questioned.

They disappear when you ask where they’ve been i.e. saying, “I was just at the gym,” and continue acting suspiciously.

If your partner is acting suspiciously after telling you where they were, it’s likely because something happened that made them embarrassed or anxious about getting caught.

Cheating spouses usually get flustered after being asked where they’ve been because there could be evidence on their phone or computer that backs up their story if everything went well or incriminating evidence if it didn’t.

If your partner is trying to avoid giving you an answer when asked about their whereabouts, it’s likely because there’s another person involved in their life.

14. They suddenly have a new interest in fitness or their appearance and start going to the gym more often or buying new clothes 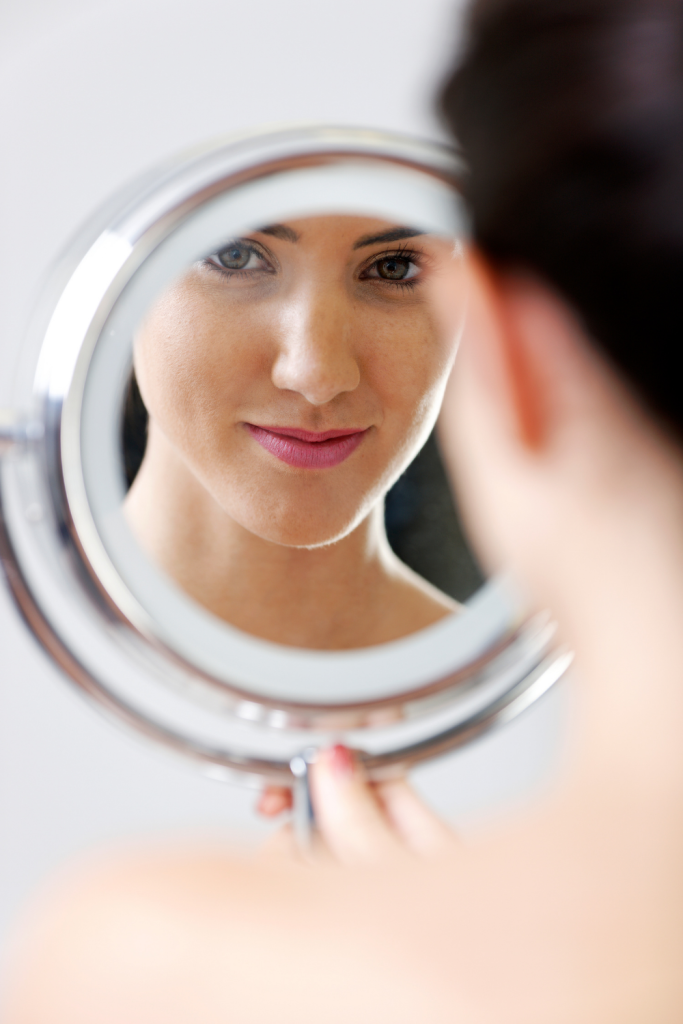 It’s not unusual for couples to try new things together.

However, there can be a fine line between trying new activities as a couple and going out of your way to appear attractive to someone else.

You probably know what your partner likes to wear and how frequently they like to switch up their wardrobe but if you notice that they seem to be dressing differently than usual it’s likely because somebody else is influencing their decisions.

If your partner stops spending time with you or starts going to the gym more often, it could be an attempt to look good for someone else on the side.

15. They act differently before leaving for work i.e. acting depressed, moody or anxious

If your partner seems upset prior to leaving for work, it could be because there’s another person involved in the relationship that makes them feel better than you do.

Spouses who are cheating usually get an emotional high from their involvement with someone else that makes them feel better than they do around you.

16. They’re secretive about how much time they spend on the computer i.e. having it open to a blank page, turning off notifications

If your partner seems overly protective of their computer or phone, it’s likely because there are things on it they don’t want you to see.

Cheating spouses often use computers and phones as tools for finding other people to meet up with so they’ll go out of their way to avoid letting their significant others access those items if possible.

17. You find receipts for gifts or hotel rooms

Spouses who are cheating will often try to cover up their tracks by buying gifts for other people or planning getaways with them because they don’t want their significant others to find out about them.

18. They become really distant and aren’t interested in spending time with you anymore 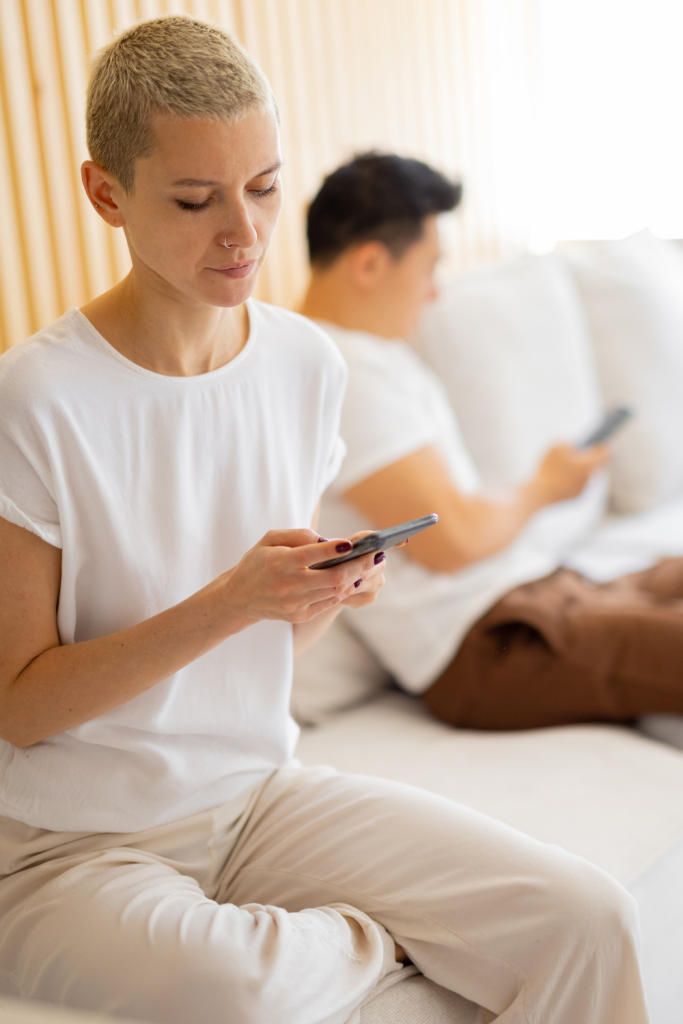 If your spouse is constantly canceling plans or avoiding spending time with you, it could be because they’ve found someone who makes them feel more connected to the world than you do.

Cheating spouses often become distant because being around their significant other reminds them of what they have at home, which can cause feelings of guilt.

If your partner seems unusually controlling or possessive lately, it’s likely because they’re trying to keep their significant other away from anyone who could tell them about their interactions with someone else.

Cheaters will go out of their way to prevent you from meeting anybody new so that you don’t find out about their affairs and leave them.

20. They stop being sexually interested in you and lose all affection 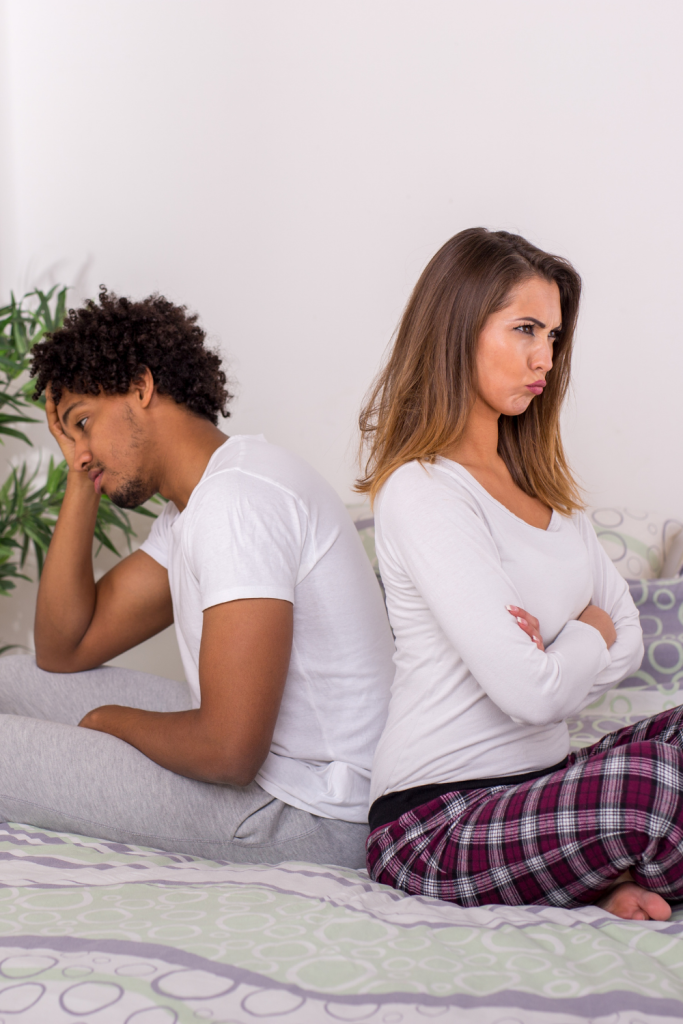 Spouses who are cheating usually lose interest in their significant other because they’re getting their sexual needs met by someone else.

So they stop trying to keep things spicy in the bedroom with you.

Keep in mind, just because your spouse exhibits one or more of these signs doesn’t mean they’re necessarily cheating.

But if you notice several of them happening simultaneously, it’s definitely worth investigating further. 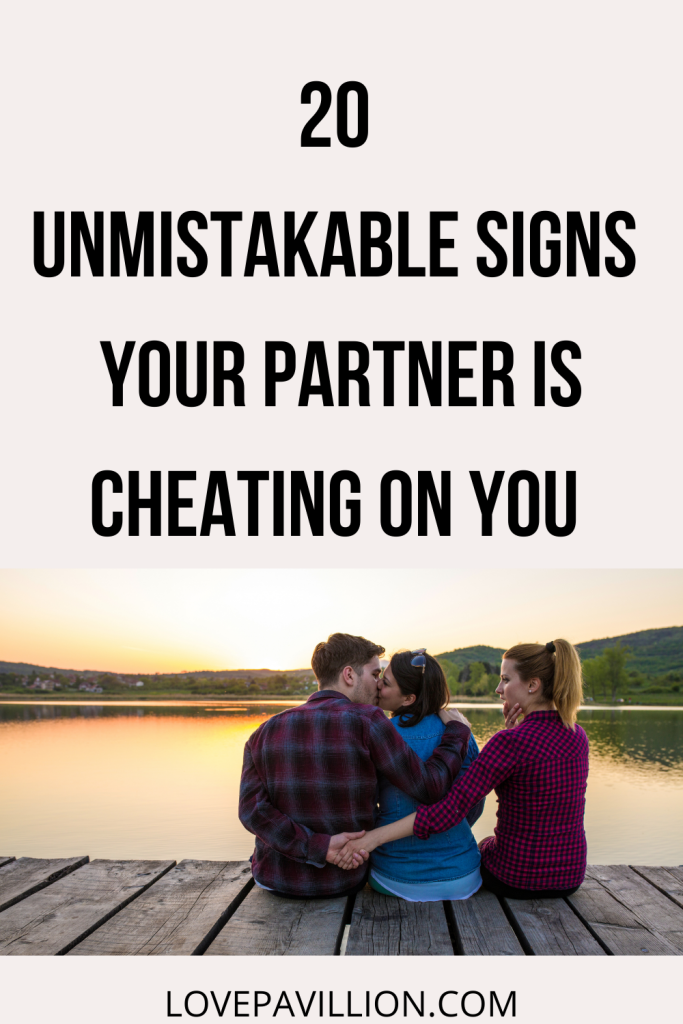