So you’re in a new relationship and things are going great.

You’re both excited about each other and can’t wait to see what the future holds.

But as time goes on, you can’t help but wonder – is he going to cheat on me?

A lot of women wonder about this, and it can be a big source of anxiety for them.

While there’s no surefire way to know for sure, there are some signs that may suggest he’ll cheat in the future.

By being aware of them, you can take steps to protect yourself and safeguard your relationship.

So what are these signs he will cheat on you in the future?

Keep reading to find out.

14 Signs He Will Cheat in The Future

1. If your partner is always making excuses to avoid being around you or spending time with you, there’s a good chance he will cheat in the future

We all have a friend or co-worker who is always making up excuses to get out of plans.

This person may cancel a night out with you at the last minute, or they’ll often come up with reasons not to spend time with you.

The same goes for relationships.

If your partner is coming up with excuses to avoid spending time with you, they might be getting ready to cheat.

Here are some common excuses that they may use:

• I can’t tonight, but how about tomorrow?

• It’s not a good night for me (translation: I’m seeing someone else)

If your partner is constantly making up excuses, they may be making plans with someone else instead of taking time for you.

When it comes to relationships, time is one of the most valuable resources.

Being in an exclusive relationship means that you two are spending some of your free time together.

So how do you respond to excuses?

Sometimes it’s best not to say anything at all.

Don’t give them a chance to reject you – if they try, simply ignore the excuse and suggest another time for your plans.

If they have a legitimate reason not to be around you, they will usually offer one up with no problem at all.

If they’re making excuses but never having a good reason behind them, it’s time to start questioning their behavior.

When you do speak up, make sure you bring attention to the excuses without being confrontational.

You want your partner to know that you’re aware something is going on while not putting them on the defensive.

This will allow them to open up about what’s really going on.

2. If your partner has cheated on previous partners, there’s a high likelihood that he will cheat on you too

If you’re in a new relationship and your partner has openly admitted to cheating on past partners, there’s a reason for concern.

You don’t want to be another person that your partner cheats on, so it’s good to know the signs of infidelity early on.

The biggest predictor of future behavior is past behavior.

If your partner has cheated in the past, they’re more likely to do it again.

This isn’t always true 100% of the time, but statistics suggest that this is generally how it works.

So what can you do if you find yourself in a relationship with someone who has cheated before?

Here are some tips:

• Don’t be afraid to seek therapy – if your partner has cheated in the past, they likely have some underlying issues that need to be addressed

• Be honest with yourself – it’s possible that you’re just not as good as their ex. This isn’t always the case, but it’s possible

3. If your partner is always looking at other women or talking about them, it’s likely that he will eventually cheat on you

It’s always a bad sign when your partner is constantly checking out other women.

You want to feel confident that you’re the only person your partner is interested in, but this isn’t always the case.

Typically, people who are more attractive have a harder time being faithful because they have so many options.

It’s natural for your partner to notice other women, but you should be the only one that they’re interested in.

If your partner is constantly talking about his female friends or coworkers, it’s likely because he’s attracted to them.

So how do you respond?

You can’t control what your man does with his eyes, but you can control how you respond to what he says.

If he complains about a co-worker to you, simply say “that sucks – I’m sorry” and move on to a different topic.

Don’t turn it into an argument or let yourself get upset – men want women who are confident and won’t be threatened by what they have to say.

By staying calm and not showing any signs of insecurity, you show strength.

4. If your partner is never satisfied with anything you do and is always critical of you, he may be looking for someone else to satisfy his needs 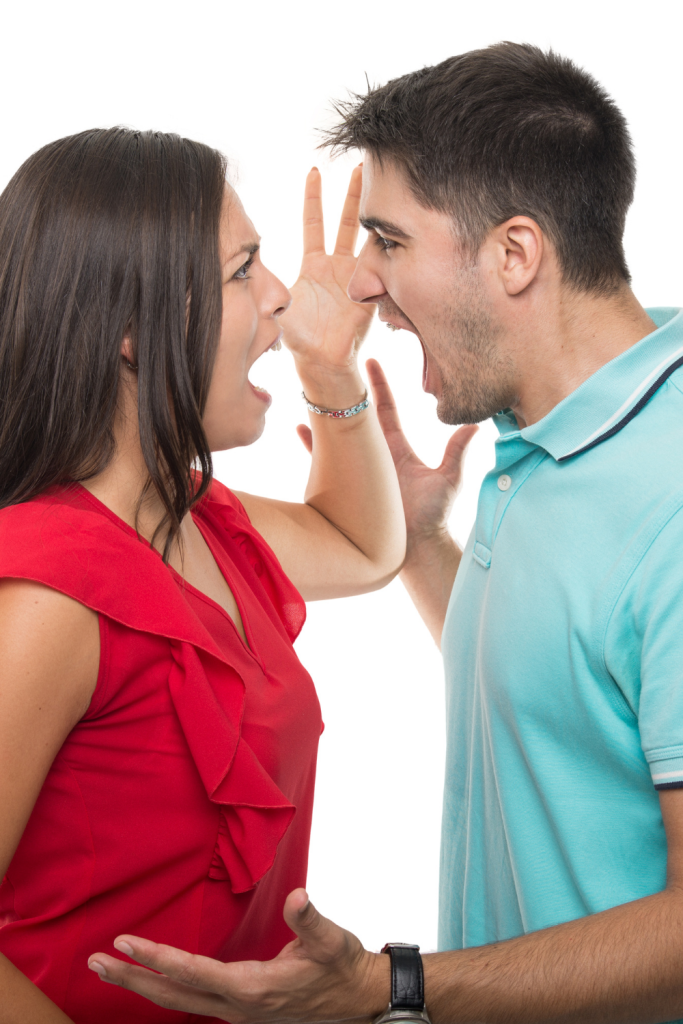 No one is perfect, but there’s a line between constructive criticism and complete dissatisfaction with everything you do.

If your partner refuses to acknowledge the good things you do and only harps on negatives, it may be time to reevaluate where you stand in the relationship.

People who aren’t satisfied with their relationships need something more – they want passion and excitement.

5. If your partner has a history of lying or being secretive, there’s a good chance that he’ll lie to you about cheating too

Lying is an incredibly common trait among cheaters.

People who are willing to lie to their partners about cheating are more likely to do it again in the future.

If you find evidence that your partner has lied or kept something important from you, there’s a good chance that he will eventually cheat on you too.

6. If your partner wants to keep their options open instead of being committed, they’re likely going to cheat on you

It’s not easy for people who are looking to cheat to define their relationship.

They want to keep things open, which is what makes them more likely to cheat.

If your partner wants to keep their options open instead of being committed, there’s a good chance that they’ll end up cheating on you too.

7. If you and your partner have different interests, he may be more likely to cheat

People who are unhappy in their relationships often try to find happiness somewhere else.

If your partner is spending a lot of time with other people doing things that you wouldn’t be interested in doing, it’s possible that he’s looking outside of the relationship.

If you’re not on the same page in terms of interests, he might cheat on you with someone who has similar interests as him.

8. If your partner spends more time on social media than he does talking to you or spending time with you, it’s likely that he has someone else to talk to 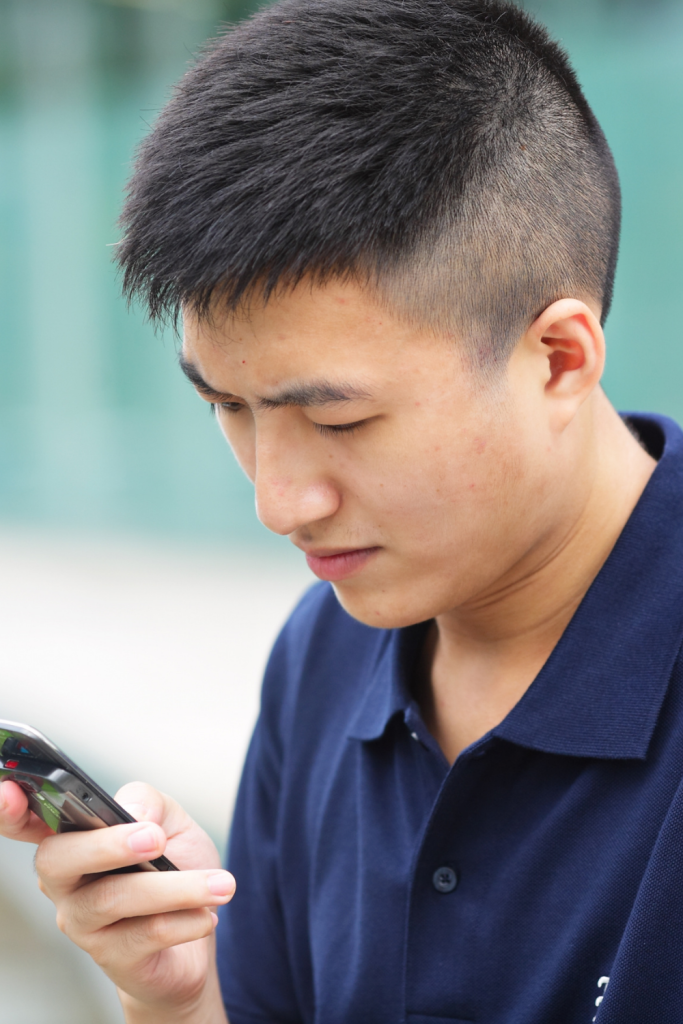 There are many reasons why people spend more time on social media than they do with their romantic partners, but it’s usually because they’re interested in someone else.

People who are looking to cheat generally spend a lot of time on social media because it allows them to be secretive and connect with the people they want to meet up with later.

If your partner spends more time on social media than they do with you, it’s likely that he’d rather be talking to someone else.

9. If your partner tries to get rid of his phone or social media accounts, there may be something incriminating on them

Cheaters are generally worried about getting caught, which is why they’ll do almost anything to avoid it.

This often leads cheaters to get rid of their phones and social media accounts in an effort to avoid getting caught.

If your partner tries to get rid of his phone or social media accounts, there may be some incriminating evidence on them.

It’s a good idea to check for any deleted text messages and suspicious phone calls before he gets rid of the devices completely.

10. If your partner is always trying to prove how tough he is, he may have a problem with being honest and vulnerable

People who are willing to cheat often try to prove how tough and strong they are.

This is usually because cheaters don’t want to appear weak or easy to manipulate.

If your partner always has to prove that he’s tough, there’s a good chance that he actually has something to hide.

It may seem cliché, but cheaters often try to prove their strength so they don’t appear weak or easy to take advantage of.

11. If your partner is always talking about how much sex they have or want to have, there’s a good chance that he’s looking for someone else

People who are cheating in a relationship often try to convince their partner that they’re having more sex than they actually are.

This way, cheaters have an excuse in case their partners get suspicious.

If your partner is always talking about how much sex they have or want to have, there’s a good chance that he wants to be with someone else.

12. He is constantly putting down

Cheaters often have a hard time accepting responsibility for anything.

This means that they’ll try to put the blame on anyone and everyone besides themselves.

If your partner is constantly putting you down, there’s a good chance that he’s doing it because he wants to feel better about his actions.

Many cheaters have a hard time accepting responsibility for their actions, which is why they’ll try to put all of the blame on someone or something else.

If your partner is constantly putting you down, there’s a good chance that he wants to avoid being accountable.

13. People who are willing to cheat are often willing to disown their partner if they get caught

When cheaters feel like their backs are up against the wall, many of them will attempt to cut all ties with their significant other.

This is because they know that making this decision or statement before getting caught makes it easier for them to avoid responsibility later on.

14. If your gut tells you that something isn’t right, listen to it!

If your gut tells you that something is off, there’s a good chance that it knows a little more than you do.

It may seem cliché, but trust your intuition because it will often know what’s going on before you do! 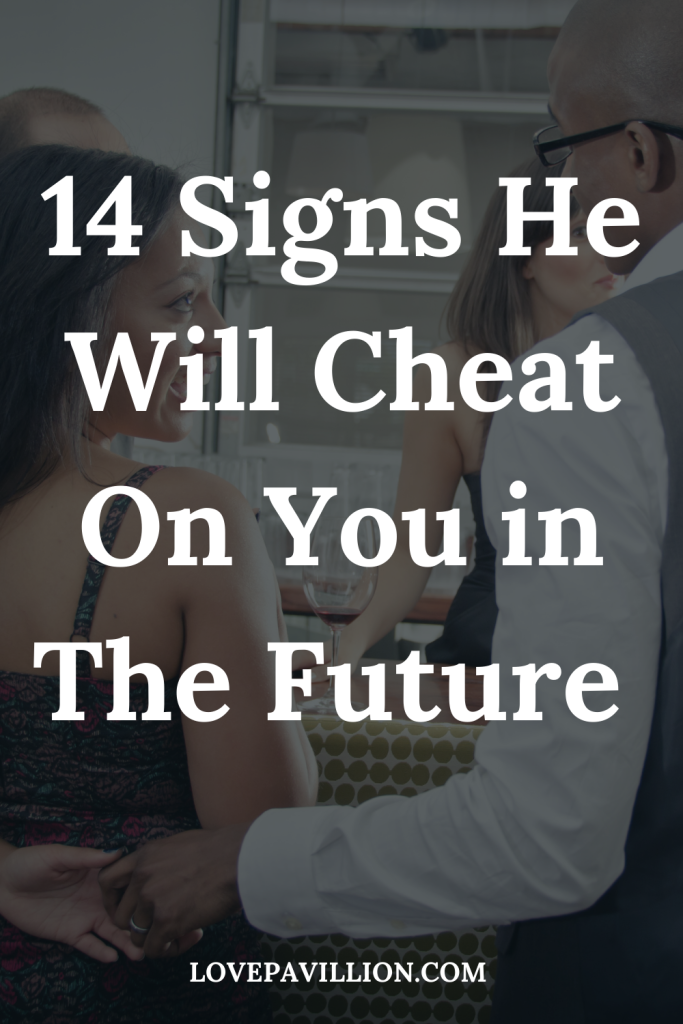