If you’re looking for an article on how mothers-in-law ruin marriages, you’re at the right blog.

It is common knowledge that mothers-in-law have a way of overstepping their boundaries without realizing what they are doing.

What they are not aware of is the fact that they can ruin a good marriage.

Yes, they are trying to help sometimes, but that’s not always the best option.

How can your mother-in-law ruin your marriage?

The following are ways in which mothers-in-law ruin marriages: 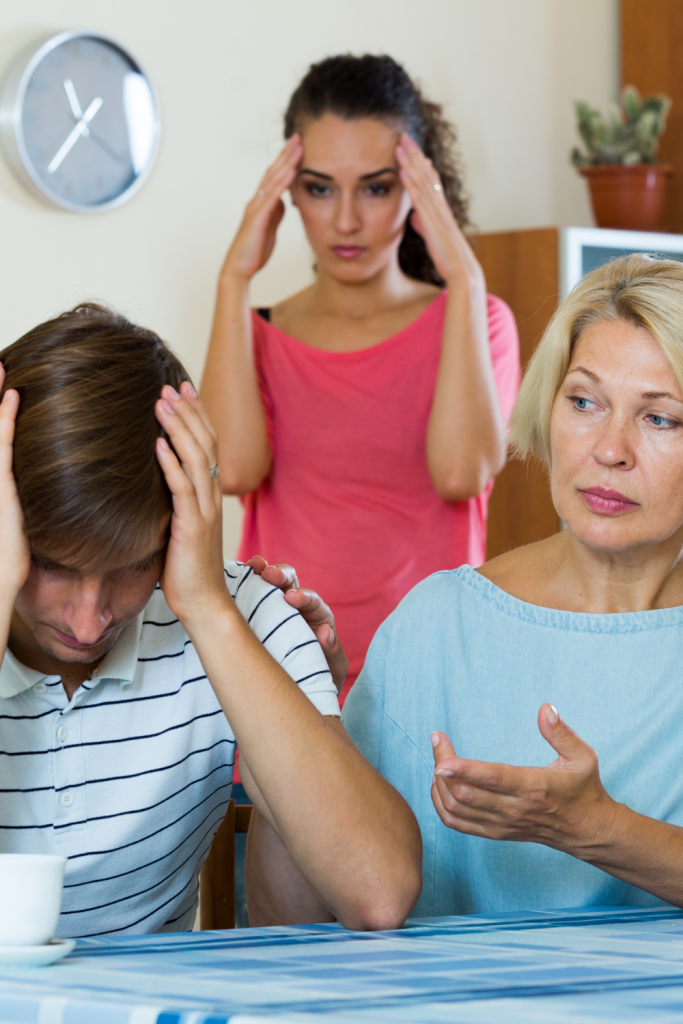 A husband needs his privacy and time alone with his wife — without any interference from mommy dearest.

But this isn’t always what happens when there’s an overbearing mother around.

A mother who doesn’t respect boundaries often tries to insert herself into every aspect of her son’s life, including handling things that should be between him and his wife alone (like money matters).

She’ll also try to involve herself in conversations between parents and children, even if she wasn’t invited.

This is one of the ways a MIL ruins a marriage because no wife would tolerate a MIL who doesn’t respect boundaries.

While it is important for a mother to be involved in her children’s lives, there are some things that should remain under control between husband and wife only.

If a mother tries too hard to control what goes on inside the home, it can lead to resentment between husband and wife.

2. They give unsolicited advice 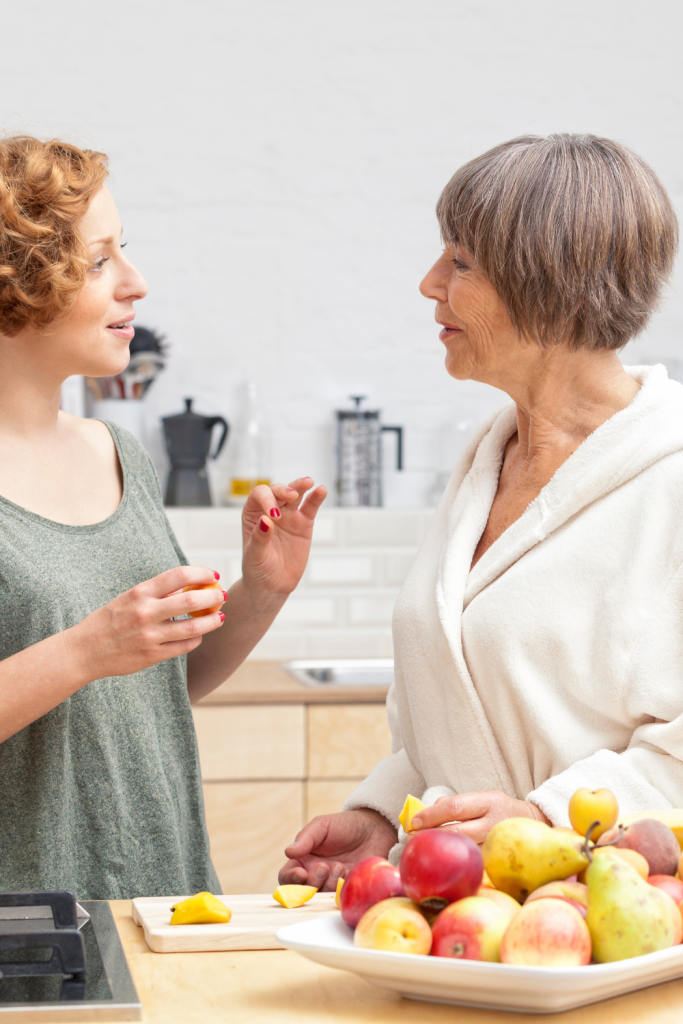 Mothers-in-law are seen as the most opinionated people when it comes to a daughter-in-law’s life.

It doesn’t matter if it’s about how to raise children, housekeeping, or cooking—mothers-in-law have an opinion on everything and feel compelled to share it with their daughters-in-law.

They may have some great suggestions, but sometimes, what they say is condescending and rude.

This often leads to problems and differences between the couple thereby ruining their marriage, if not well-handled.

3. They Do Not Approve Of The Wife’s Family

When mothers-in-law do not like or approve of their daughter-in-law’s family members, there’s bound to be chaos, especially at family gatherings.

Some MILs might consider their DIL’s family as low-class or uncultured, which leads to fights and arguments between both sides of families and the couple.

4. They Do Not Approve of Their Daughter-in-Law 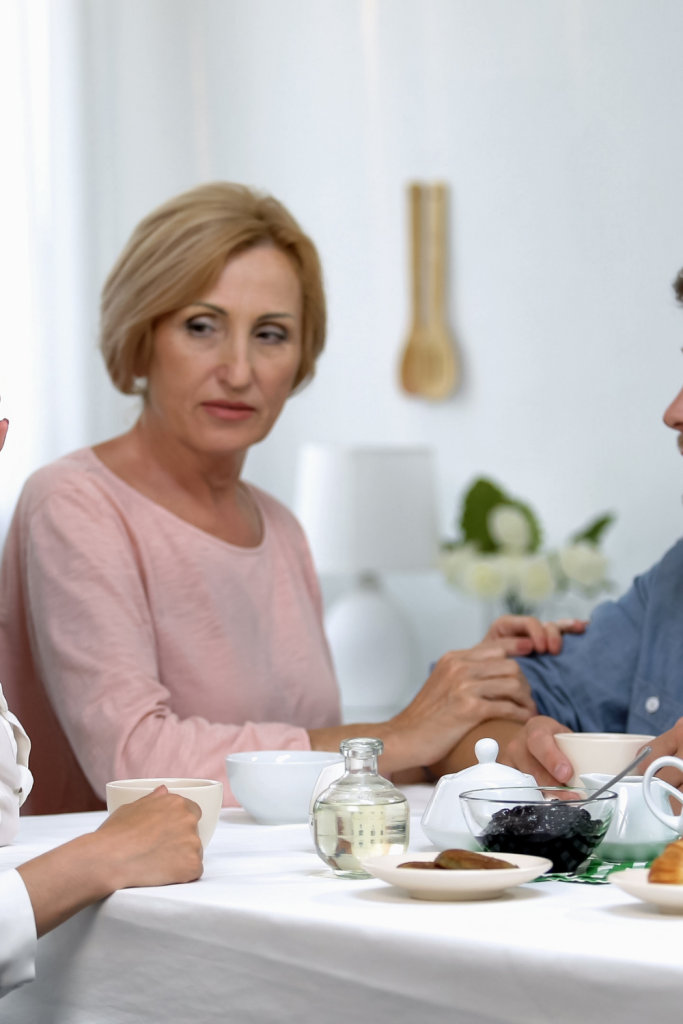 Mothers-in-law ruin marriages when they do not approve of their son’s choice of wife.

If the mother feels that her son could have married someone better than the daughter-in-law, she will make sure that everyone else knows it as well and also make life difficult for her.

She could tell her friends how terrible their daughter is, and how she would never have allowed such a person into her family.

She may even go so far as to tell her son that he should leave his wife for someone who would be a better fit for him.

5. MIL Presents Herself As Being Better Than The DIL, In Every Way Possible 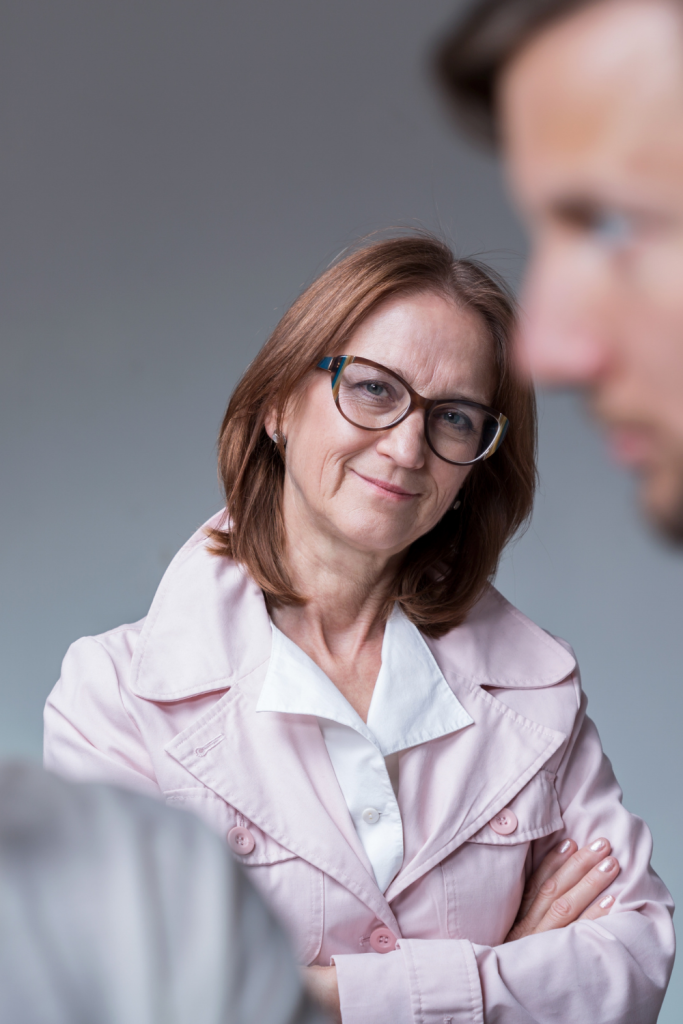 This is how mothers-in-law ruin marriages.

Mothers who constantly compare themselves to their daughters-in-law are essentially trying to compete with them for their son’s attention, affection, and love.

This is unhealthy for all parties involved and will destroy the marriage.

6. They Always Want To Be Right

Some mothers-in-law ruin marriages simply because they want to be right about everything.

They always think they know best — which can cause a lot of friction between mother and daughter-in-law over time.

It’s not always a bad thing when mothers-in-law interfere.

In some cases, it’s very helpful for moms to be involved with their kids’ marriages because they can provide useful guidance.

The problem arises when she tries to force her opinions instead of just offering advice.

7. Mother Refuses To Help With Household Chores Or Grandchildren

One of the biggest complaints about mothers-in-law is that they won’t step up and help out with the kids or around the house.

Some mothers think that if they help out with household chores or take care of their grandchildren, they’re taking away from their daughters-in-law’s duty as a wife and mother.

If you’re expecting help from your mother-in-law and she refuses, then this will likely cause tension in your relationship with her. 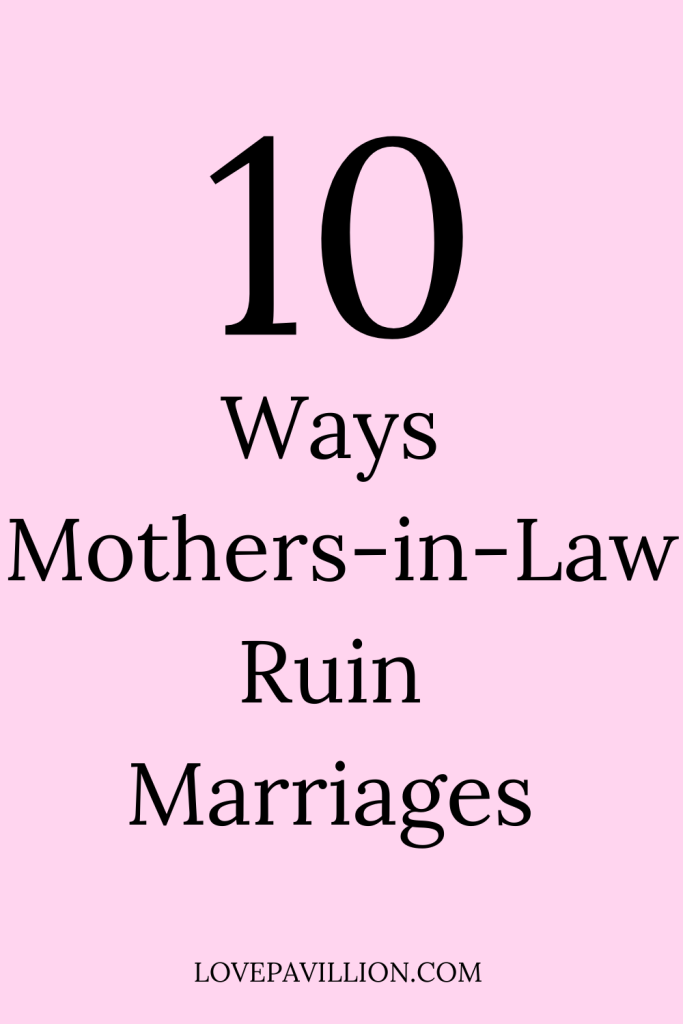 8. Your Husband Tells Her Everything

If your husband has a close relationship with his mother and talks with her often, he will inevitably tell her things that you said in confidence.

Your husband might share every detail about his life with his mother — from his work issues to the fights you’ve had.

You may feel betrayed by this invasion of privacy or by your husband’s decision to share private information about your marriage with his mother.

This can lead to resentment and arguments between the two of you because you’re feeling left out, exposed, and powerless.

Some mothers-in-law want to know every little detail about their daughter-in-law’s life.

They want to know what she ate, how often she flosses, who her friends and enemies are, whether or not she is menstruating, and so on.

10. They interfere in decisions 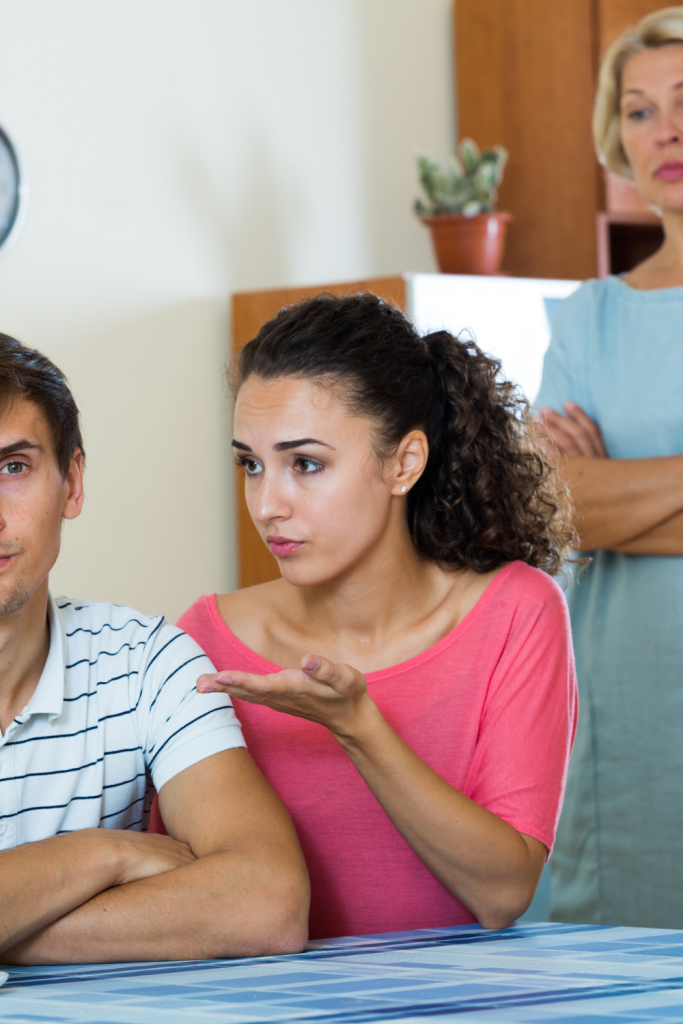 Mothers tend to stick their noses into their son’s life, especially when it comes to marriage.

They also expect their daughter-in-law to look after their grandchildren much like they did when they were young mothers themselves.

The mother-in-law can be a blessing or a curse to a couple.

She can make or break the relationship between her son and daughter, or she can be a supportive, loving presence in their lives.

She can be a great asset to a marriage or they can be the biggest liability.

The key is for everyone to know their place and respect their boundaries.

Also, when there is mutual love and respect for each other, peace will reign and no relationship will be ruined. 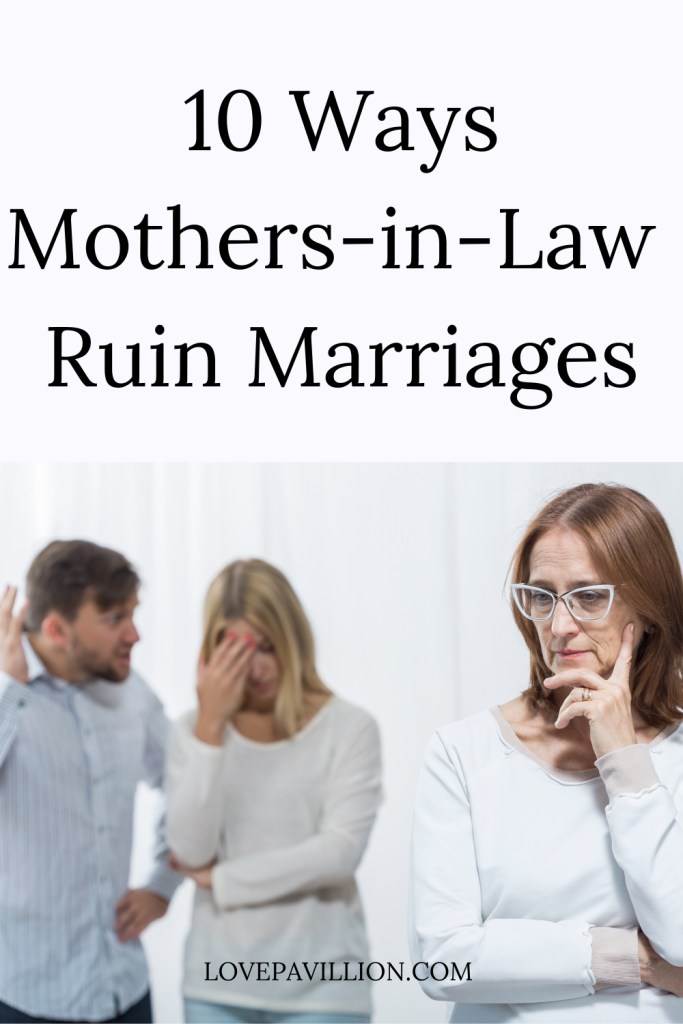 16 SIGNS HE WILL EVENTUALLY COMMIT