“What are the signs God wants you to leave a relationship?”

One of the biggest decisions in life is choosing a life partner.

Because of the fear of who to marry, who to talk to and who to spend life with, many people have ended up in wrong hands.

This might be as a result of carelessness, poor mentorship, or inadequate information.

In this article, we are going to be discussing ten signs that God wants you to leave your relationship.

God loves you and wants the best for you.

So if a relationship will not help your life or align with His plan and purpose for your life, He wouldn’t want you to remain in it, no matter how strong the chemistry you have with the person is.

10 SIGNS GOD WANTS YOU TO LEAVE A RELATIONSHIP

1. If he/she is insecure and jealous

A man/lady who feels insecure and jealous about you being successful is a red flag.

I salute men/ladies who marry people like this because I do not know how they do it.

I don’t know how you can marry a man/lady that thinks that your success in life is a bad thing for him/her.

I don’t know how you can marry a man/lady who is uncomfortable with you being successful.

Like how can you marry a man/lady that is not rooting for you, one that is not your biggest cheerleader?

God would want you to quit that relationship if your man/lady is having issues with your success because it is a clear sign it’s not the kind of relationship that will help you fulfil destiny.

Nobody should have to dim their light to please another person, not even a romantic partner.

Your partner should be excited about your success.

And if that’s not the case, God wouldn’t want that for you. 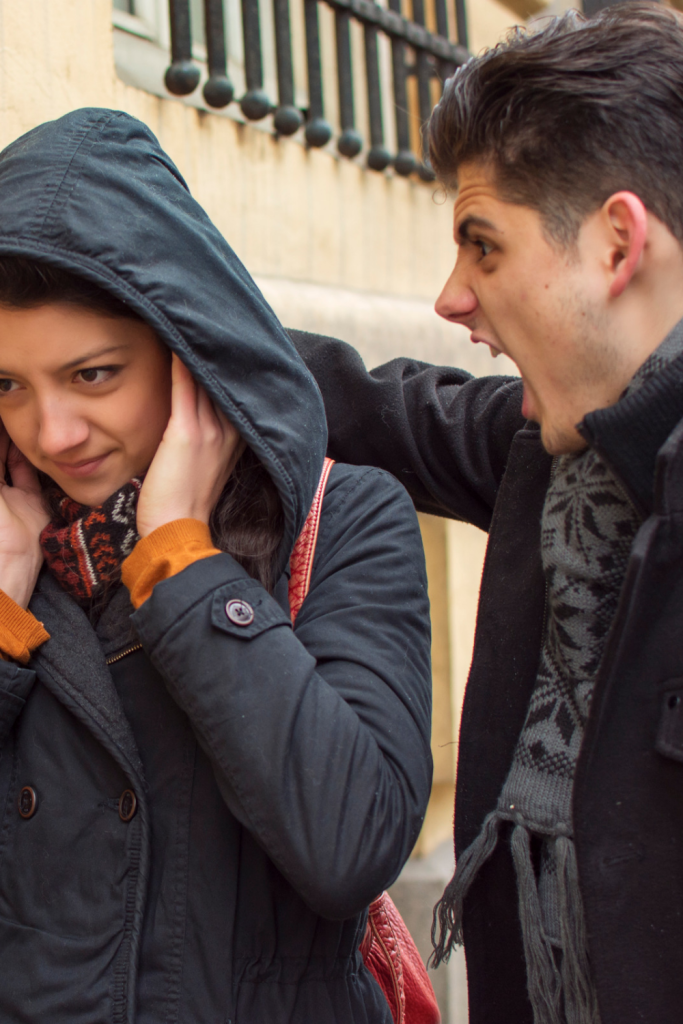 Do not proceed to marriage if the relationship is abusive, whether it is physical or emotional abuse.

If a man/lady makes you feel less than you are, God wouldn’t want you in such relationship.

Don’t marry a hot tempered person, someone that little things can trigger their anger.

A man/lady that is hot tempered can turn out to be violent and abusive, and God doesn’t want that to be your experience.

Abusers rarely change especially if they make excuses for their behavior or blame you for provoking them.

So, marrying them with the hope that they’d change is a great risk.

The Bible says, for this reason, “a man”, not “a boy” will leave his father and mother and cleave to his wife.

You’ll be miserable if you marry a person who cannot make decisions on his own unless he consults his mom; a man that cannot stand up for you in his family in a respectful manner.

If he can’t leave his family to cleave with you, you won’t enjoy your relationship.

I’m not saying a man cannot seek the counsel of his parents before making decisions, neither am I saying he should disrespect his people.

As a matter of fact, if a man doesn’t respect his family, it’s a red flag.

However, he should not be tied to their apron strings.

He should be able to make his decisions and ensure that his family respects his woman.

If that’s not the case, you’re in for a terrible ride.

God gave man work before He gave him a wife.

God Himself worked, He made the garden available and told the man to work —to dress it.

It was after work that the wife came for the man; so no idle man should marry.

It is against the scriptures.

You don’t marry to work; you work to marry.

Any man that is not working or has no interest in working, don’t marry him.

If he is idle, he’d definitely be laid back and place the burden of running the family on you completely.

Engaging in a relationship with someone that is not accountable to people because they hate being under someone is a clear sign that God wants you to leave the relationship.

We are likely to be responsible when we have someone we look up to, someone who can guide us, and rebuke us when we go astray.

But if we don’t have such people in our lives, we can misbehave.

You should be wary of marrying someone who doesn’t regard anyone in their life.

It’s risky to marry someone who says they don’t respect anyone but God.

If they don’t respect humans that they see, how can they respect God that they do not see? 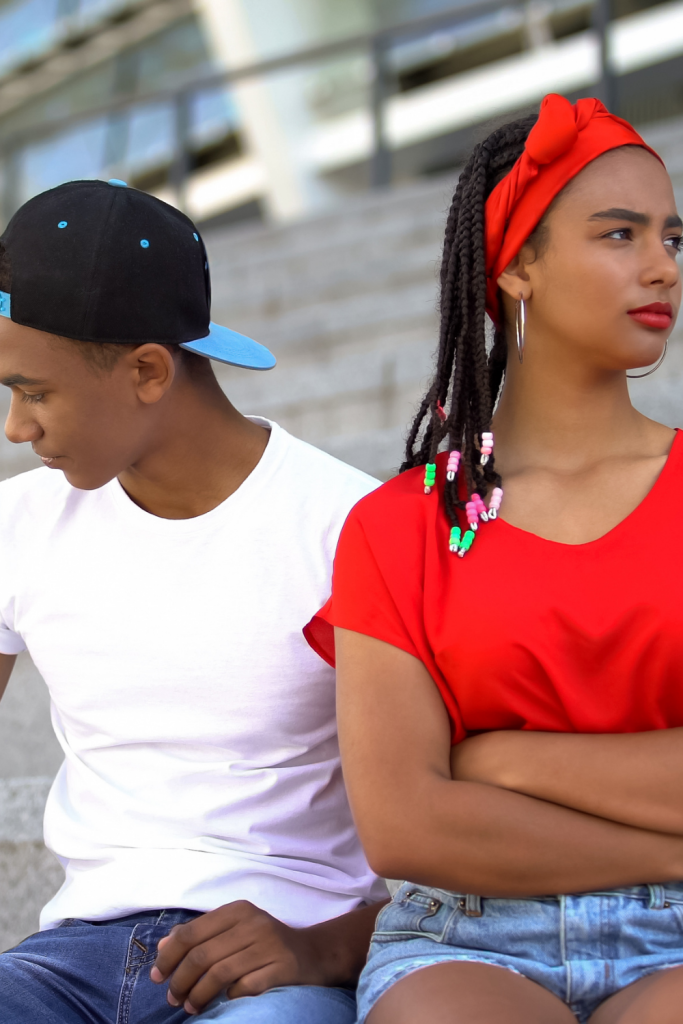 No companionship, no union.

Marriage is about friendship.

It is important and rewarding that you marry your friend.

You should be with someone whose company you enjoy, someone you can share your joy and pain with, someone you like.

If your relationship is lacking in friendship, it’ll be a rocky one. 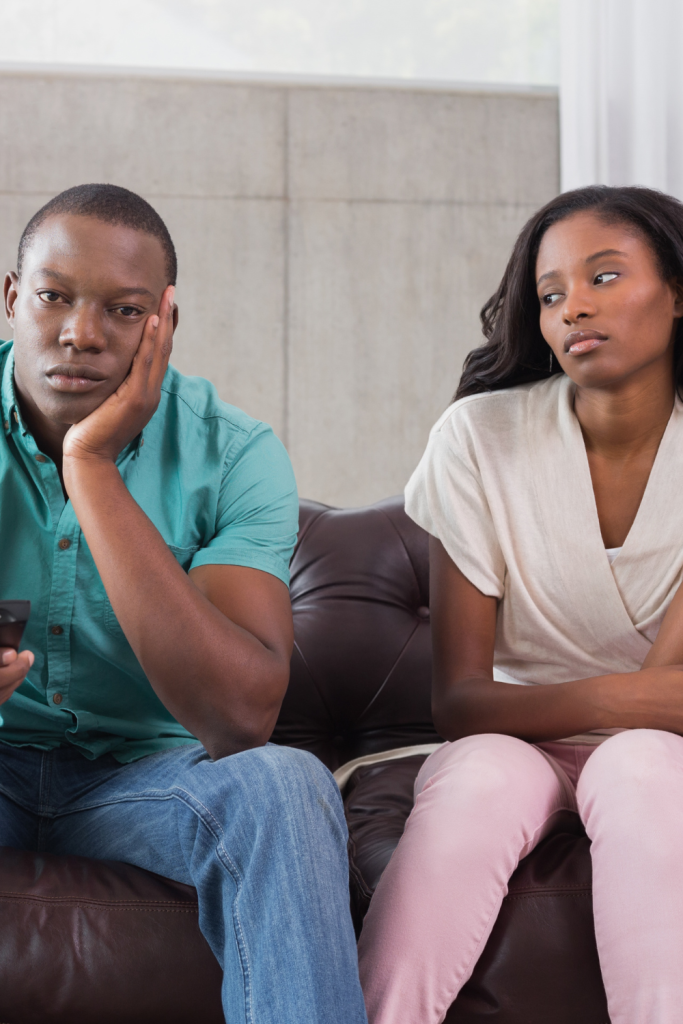 This is extremely important.

This article will be incomplete without mentioning this point.

Chemistry is good but compatibility is key.

Compatibility is what keeps you going because it helps you to get along and be on the same page.

Areas of compatibility to check:

Spiritual compatibility (Do you believe in the same God?)

Mental compatibility (Are you able to have meaningful conversations and reason together?)

Compatibility of values (do you hold the same things in high esteem?)

Compatibility doesn’t mean you’ll always agree but you’ll have so much in common that they’d be less to argue about. 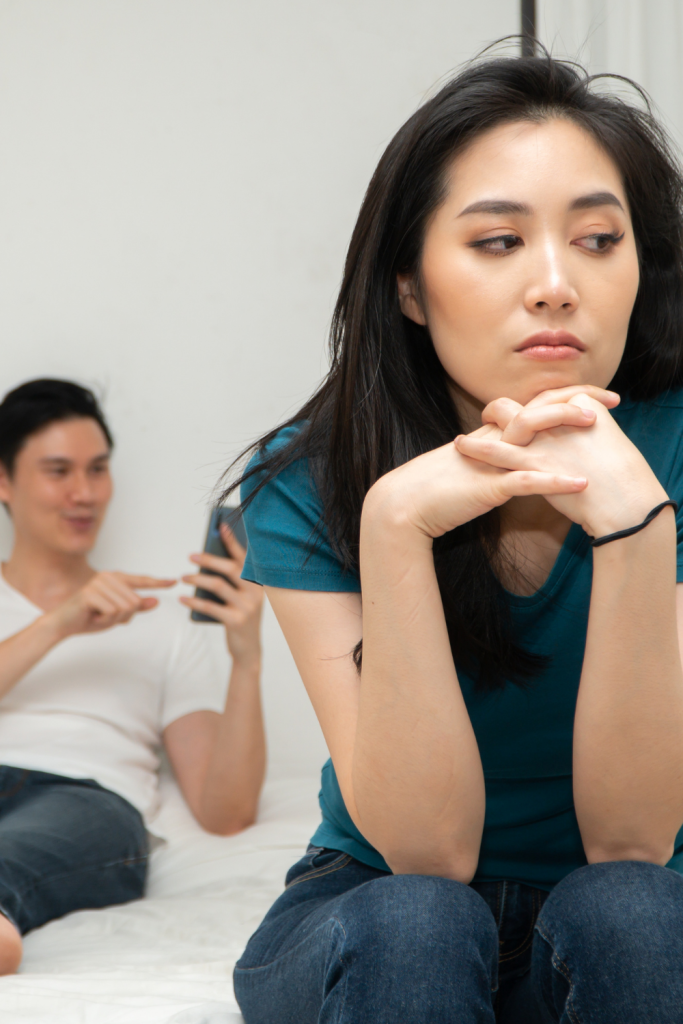 It’s unrealistic that your partner will alayws make you happy, however, if you’re mostly unhappy in a relationship than you’re happy, something is not right.

While relationships have their ups and downs, there shouldn’t be more sad moments than happy moments.

If you’re constantly sad in your relationship, why would God want you in such a relationship?

9. Your partner influences you negatively

I read a sad story recently about how a lady who was doing so well in her career got introduced to drugs by her boyfriend.

Both of them got hooked to using substances that they lost their home and the lady ended up in a shelter with no career.

I was not only sad but angry at how she could do that to herself.

Yes, we can blame the guy all we want but the lady is an adult who makes her choices.

If your boyfriend/girlfriend influences you negatively, encourages you to engage in bad habits that could ruin your life, you’re in the wrong relationship and God will want you out of it!

Such a relationship could destroy your life and God loves you too much for that.

God is a God of peace and one of the ways He assures us we are in line with His will for our lives is by giving us peace.

A bit of anxiety is normal in every relationship but peace should reign in your heart.

If the thought of your relationship gets your heart pounding against your chest, you should pray for clarification before proceeding.

God wants you to be happy.

That is why He created marriage; so we can enjoy companionship and everything that comes with it.

If a relationship will bring you more pain than joy, God will want you out of it. 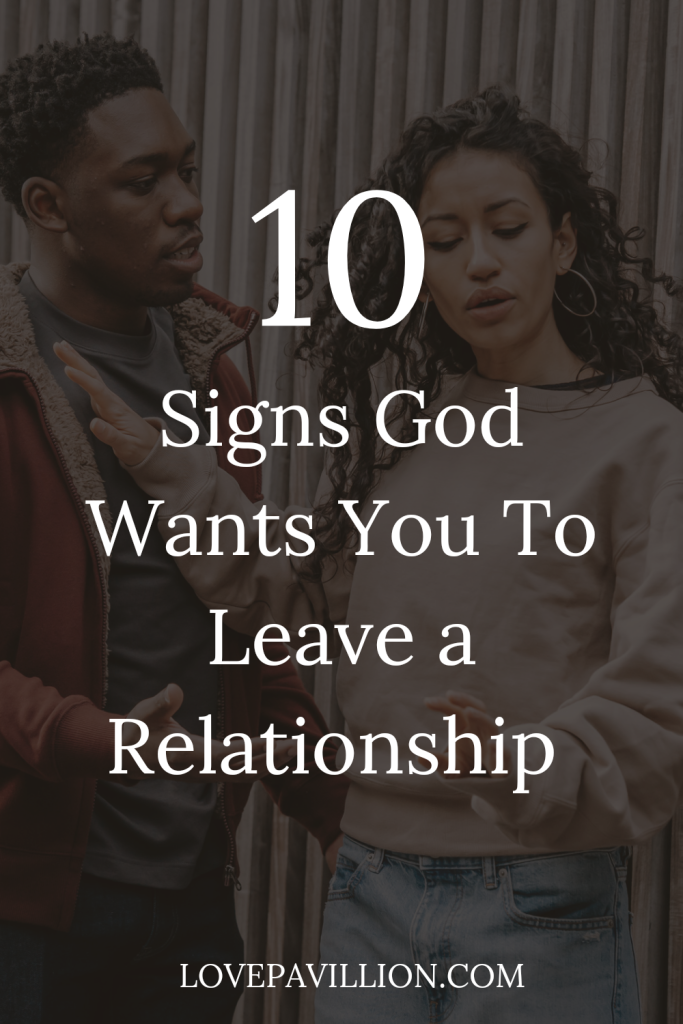