“My boyfriend never compliments me, what should I do about it?”

This is something that I’ve heard many times.

And it’s a problem that plagues many women in relationships with men who can’t or won’t give them compliments.

It’s really bad if you have a boyfriend who never compliments you on anything, not even on your personality traits or when you change your hairstyle.

If your boyfriend rarely gives you compliments, don’t despair.

You’re not alone in feeling insecure about this.

There are many people in this boat with you.

But what should you do if your boyfriend doesn’t compliment you?

My Boyfriend Never Compliments Me: What To Do About It.

1. Talk to Him about What Kinds of ComplimentsYou Would Like to Hear 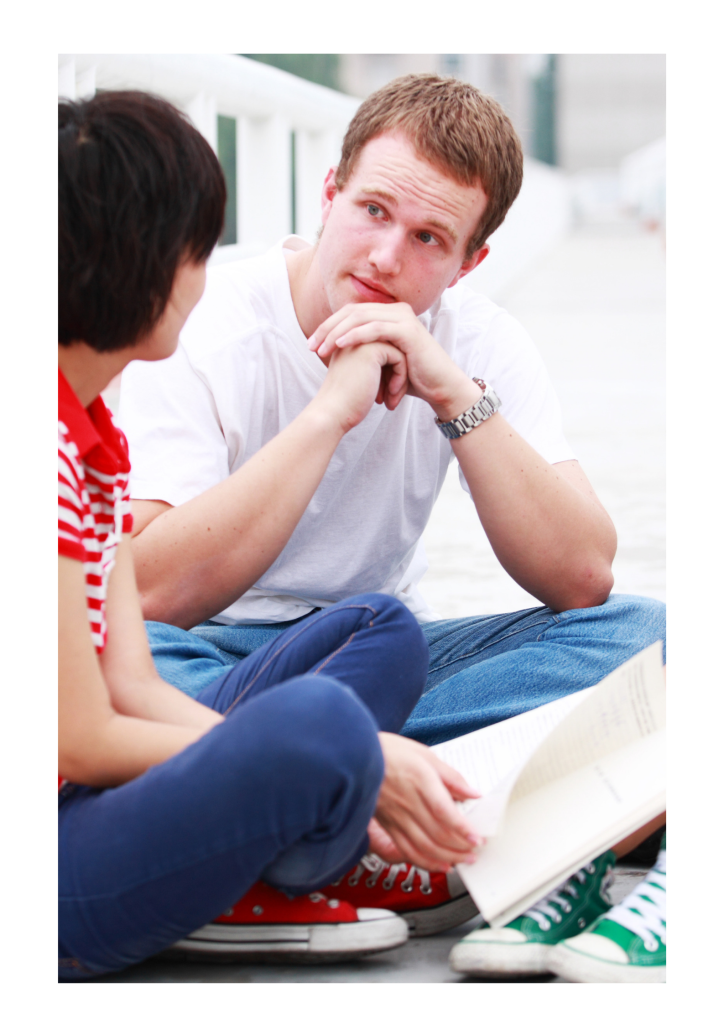 Before you can get him to compliment you more often, you have to tell him what kinds of compliments would make you happy.

Everyone expresses their emotions differently.

Although some people are naturally more expressive than others, it is often necessary to encourage them.

If you’re having trouble getting your boyfriend to compliment you, tell him how important it is for your self-esteem and then show him the right way.

Do you want him to compliment the way you dress?

To praise your work ethic?

Tell you how much he admires you, no matter what mood are in?

Draw him into a conversation about why compliments are important and what specific things he can say to make you feel loved, cherished and appreciated.

If you take the time to tell him exactly what makes you feel happy and special, he’ll have a much better idea of how to make those feelings surface in your relationship.

2. Make a Habit of Complimenting Him First 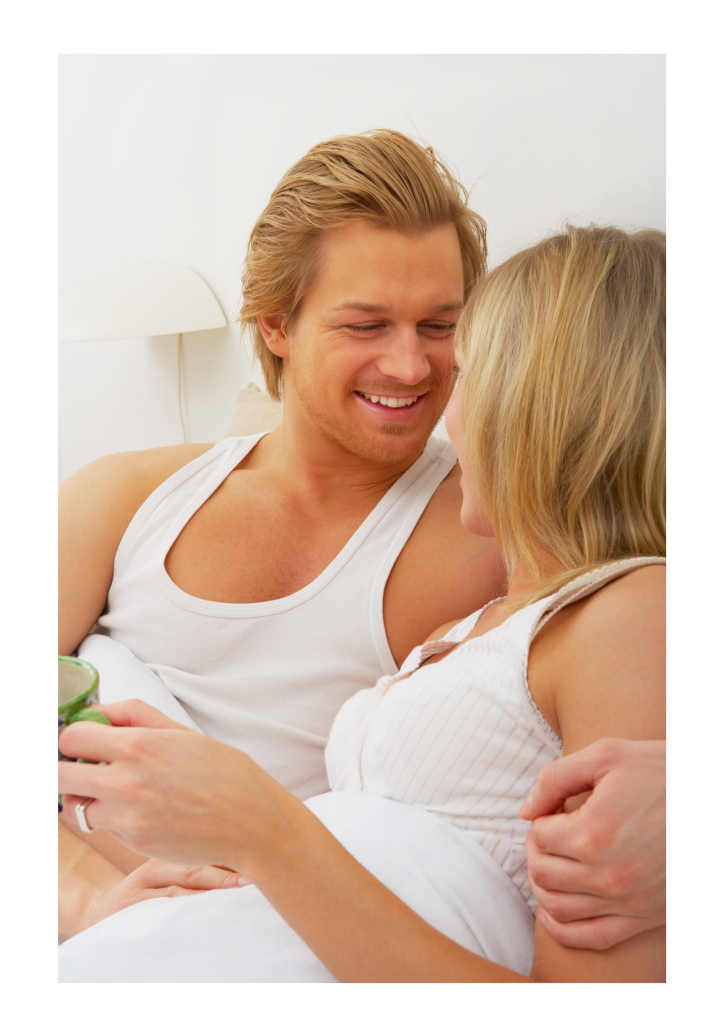 You may be waiting for him to compliment you before returning the favor.

If he doesn’t notice that you’re doing this, then it might not occur to him that he should compliment you more often.

So start by giving out some compliments yourself.

This will help you to feel good about yourself, and it will also show him that you value him and the things he has done.

If he notices that his efforts are appreciated, then he’ll probably try harder in the future.

And if there are certain things that you really want him to notice about your appearance or personality, then let him know.

When he does something nice or impresses you in some way—let him know how much it means to you.

A simple gesture, like saying “I love you” or giving him a hug when he least expects it, can make an enormous difference in your relationship.

3. Make an Effort to Look Good 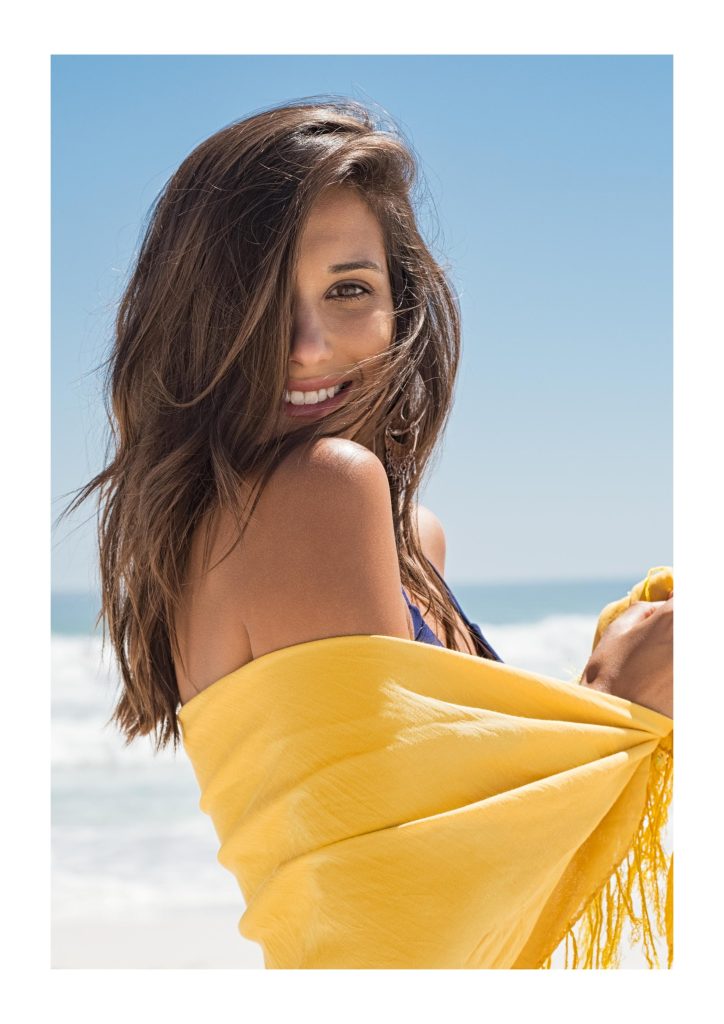 A man who never compliments his girlfriend probably feels insecure about her looks.

So if you want your boyfriend to compliment you, try wearing something that makes you feel good about yourself.

It might be a great confidence boost for both of you.

But you don’t have to get all dressed up every time he comes over just so that he’ll notice how pretty you are.

Doing your hair and makeup occasionally will let him know that you appreciate the way he looks at you even if it’s only once in a while.

The way you look is always up to you, no matter what he does.

Don’t stay the same and expect compliments for being the usual.

If your boyfriend doesn’t know what to say when complimenting you, help him out.

Give examples of compliments and how they can be expressed and ask him what he likes about you so that he’ll have something positive to associate with the exercise.

If you’re feeling particularly adventurous, ask him why he likes a particular trait or quality.

“You’re so pretty,” ask him what makes you pretty and then explain it back to him.

This will help him understand that his compliments are more than just words; they have meaning behind them.

5. Don’t Mistake his lack of compliments For a Lack of Love For You

It’s easy to assume that your partner doesn’t compliment you, then he doesn’t care about you.

This is not always the case.

If your boyfriend doesn’t say “I love you,” or compliments you often, it could be because he thinks that doing so would make him seem weak.

Often, guys don’t feel comfortable saying “I love you” to their girlfriends until they are very sure of the relationship.

It could also be that he’s just not used to complimenting people in general—try not to take it personally.

It is possible that your boyfriend does not realize how important it is to compliment and notice what you are wearing.

They’re important and meaningful, even if he doesn’t compliment you as often as you’d like.

6. Get Compliments from Friends and Family

If your boyfriend isn’t giving you enough compliments, seek out other people in your life who will give them to you.

That doesn’t mean it’s the same as hearing from him.

But at least then, you’ll have something positive going on in your head instead of dwelling on not being complimented by someone important.

Sometimes, the love from others that you receive can be the building block of the appreciation you desire from your partner. 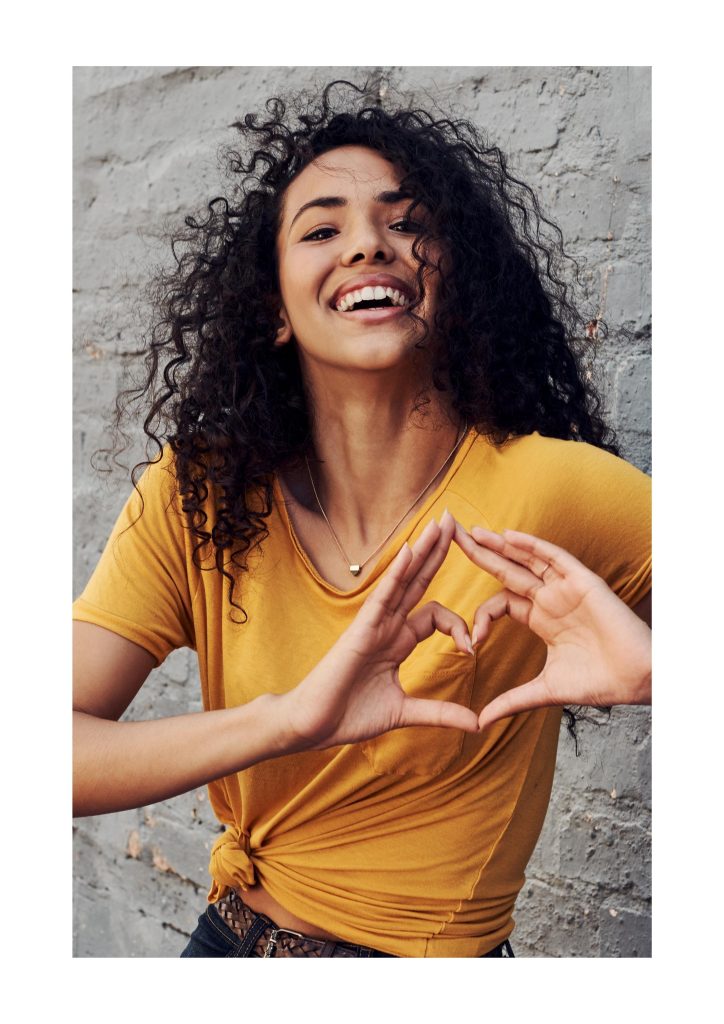 Even if you aren’t getting compliments from your boyfriend, it doesn’t mean that you are not beautiful.

It’s important to recognize your own worth and value before anyone else does.

You do this by practicing self-love and being kind to yourself.

When you’re feeling down, it’s easy to think that it’s because no one loves or cares about you.

That’s not true—you just need to focus on your own self-worth and how amazing you are.

Start by looking in the mirror and saying something positive about yourself. 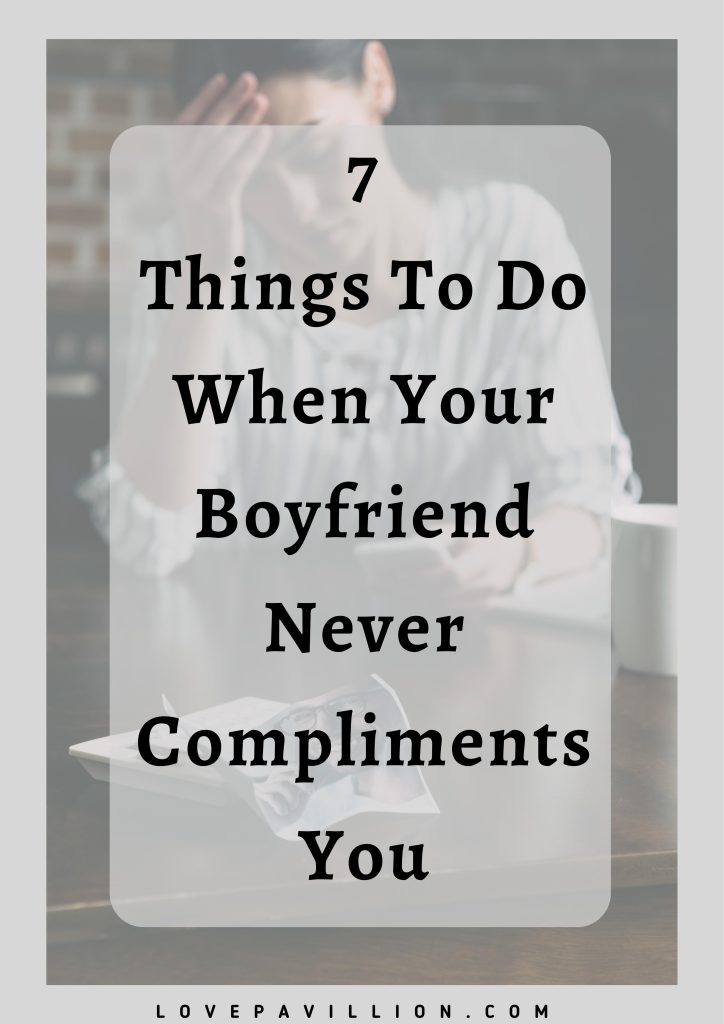 10 THINGS THAT MAKE A MAN BOND WITH A WOMAN

10 Sure Signs He Wants You To Be His Girlfriend Soon