I don’t know how to put this without sounding brash and picky.

However, as a woman, it gets to a point where you need to add virtues to your person and these little acts are surefire ways that will make a man respect you more.

This is not talking about the average man or causal relationships.

This is about the romantic relationship between a man and a woman.

I mean proper dating especially when you notice the relationship is getting serious.

You want to be irresistible to your man, and you’ve made changes in your life to make that happen.

You do your best to show that sexy side and attractive self.

You walk with confidence, you smile, and you exude “you are sexy” vibes.

The truth? He might not notice most of that at all because he has moved past the stage where he is attracted to your physical attributes alone.

I have compiled a number of qualities men respect in women.

You don’t have to have it all, but a number of them won’t hurt have as a smart woman that you are.

This post will get you one step closer to being the woman your man will admire and respect.

1. Getting her shit together 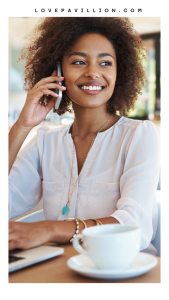 Men want to be with women who are grounded and have their life together.

They don’t want to have to take care of someone else when they could be doing other things with their time.

This doesn’t mean you have to be perfect all the time, but it does mean that if you ever find yourself needing help, you should ask for it right away instead of putting it off or trying to do everything by yourself.

2. Having a sense of humor 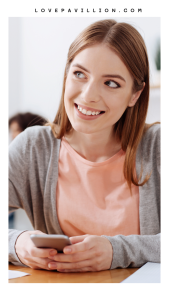 Men want to be with women who are funny and also get to share the same sense of humor he shares.

This doesn’t mean you have to tell jokes all the time, but it does mean that if he tells a joke and you don’t laugh, he will assume that you don’t get his sense of humor.

He may even stop trying to be funny around you because it’s easier than having to explain himself every time.

Being able to see the humor in a situation doesn’t mean that you’re a joke or that you don’t take things seriously.

It just means that you have the ability to laugh when things get hard and aren’t afraid of poking fun at yourself when necessary. 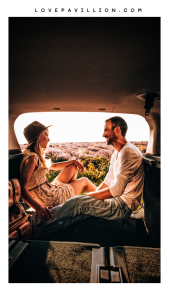 This is quite dicey but it will help that you have shared interests with your man.

A woman that shares interests with her man will have more things to bond over with her man and even p[robably have some inside jokes that an ordinary person will not get easily.

Things like this will endear a man to his woman and even make him respect her in that he will definitely weigh in his opinion by running it by her since they share similar interests.

Men love women who can stand on their own two feet, but they also want someone who isn’t afraid to lean on them when she needs help.

The best relationships are ones where both partners are able to function independently while also having the ability to rely on one another when necessary. 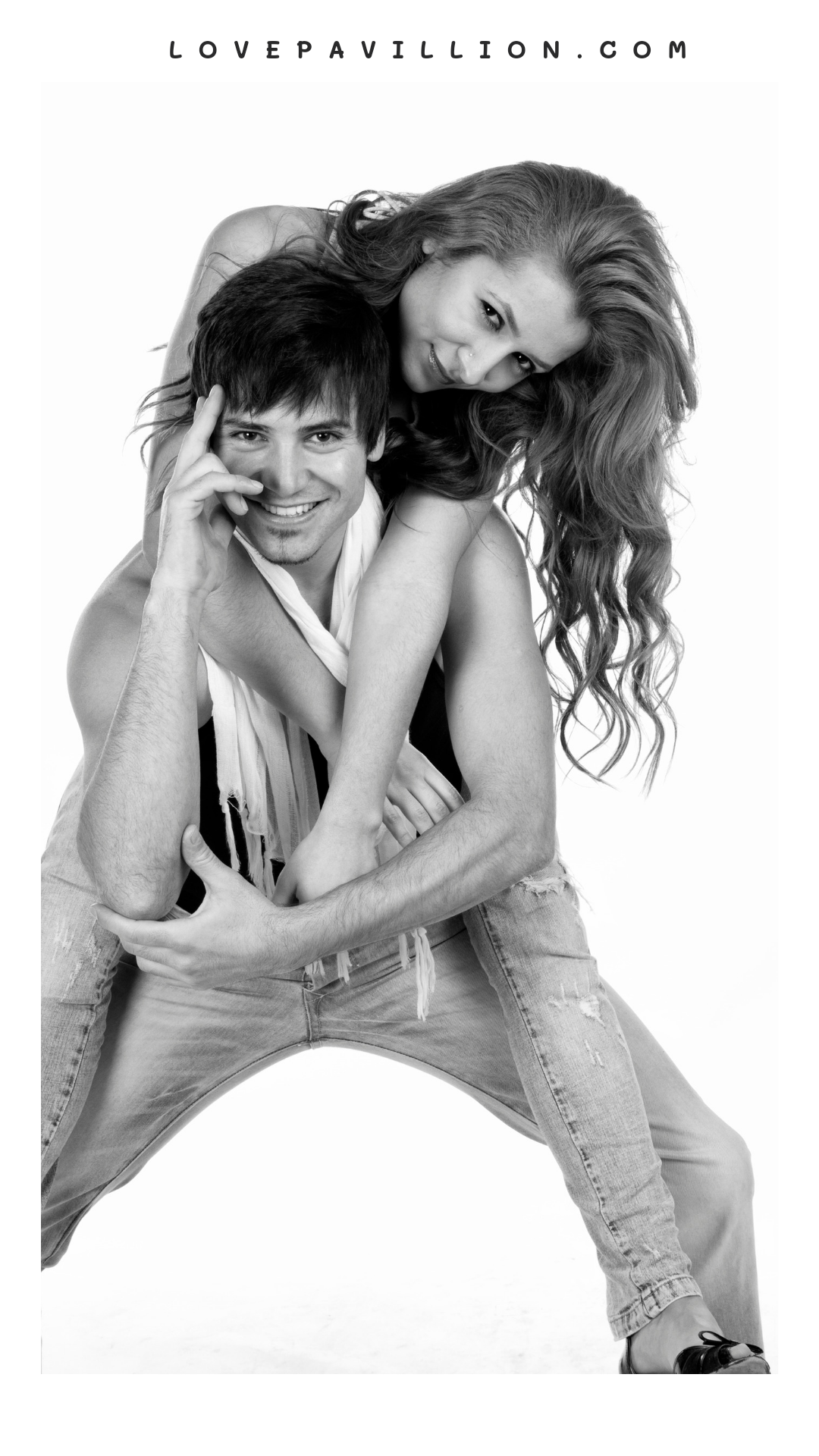 Being supportive means being there for your partner when he needs you, but it also means letting him make his own mistakes without judging or criticizing him for them.

It’s important to be able to support your man in every aspect of his life not just when it comes time to take care of household tasks or raise children.

Men love women who are supportive of them, whether that means you’re cheering them on during a sporting event or just giving them a pat on the back when they’ve been working hard all day.

7. Being honest with him

Honesty is one of the most important qualities to have in a relationship.

If you’re not honest with your man, how can he trust you?

Men appreciate women who are honest with them and don’t try to hide their feelings or intentions.

If something is bothering you, let him know right away so that he can help fix it.

Being honest with him shows that you have integrity and respect for his feelings.

Men love women who can be upfront with them, even when it’s difficult to do so. 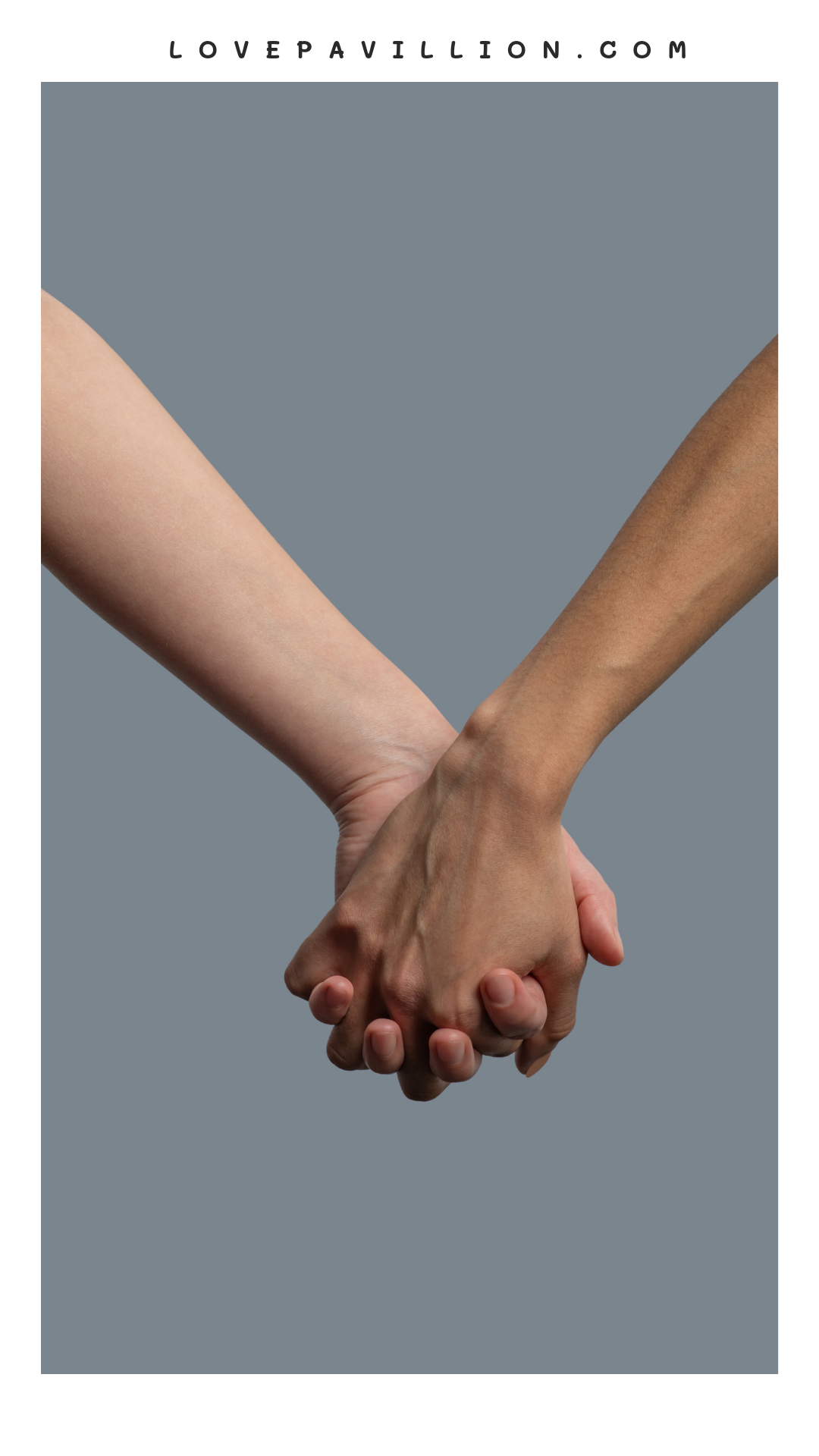 Men love women who can show compassion for others, especially when they’re going through a difficult time.

If your man tells you that he lost his job or is having trouble with one of his friends, be supportive and let him know that you’ll do whatever you can to help him get through it.

9. Calling out a guy when he’s being sexist or inappropriate

Men love women who can call them out when they’re being sexist or inappropriate.

A man wants to know that you respect yourself enough not to put up with his bad behavior.

If he makes a sexist comment, let him know that it’s not acceptable and explain why.

If he embarrasses himself in public, tell him what he did wrong so that he doesn’t do it again. 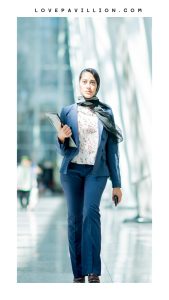 Men want to be with women who are independent and strong.

They don’t want to feel like they have to take care of you all the time.

Show him that you can handle things on your own—even if it’s something small like making dinner instead of ordering in, or buying your own birthday present rather than asking him what he wants.

Being independent is sexy.

It shows that you have confidence in yourself and aren’t afraid to take care of yourself.

11. Having her own hobbies

Men are attracted to women who have hobbies.

It shows that you have interests and passions outside of him, which makes you much more interesting than someone who doesn’t get out much.

If you don’t already have a hobby, find one.

You can learn how to do anything from playing an instrument or dancing to rock climbing or knitting. 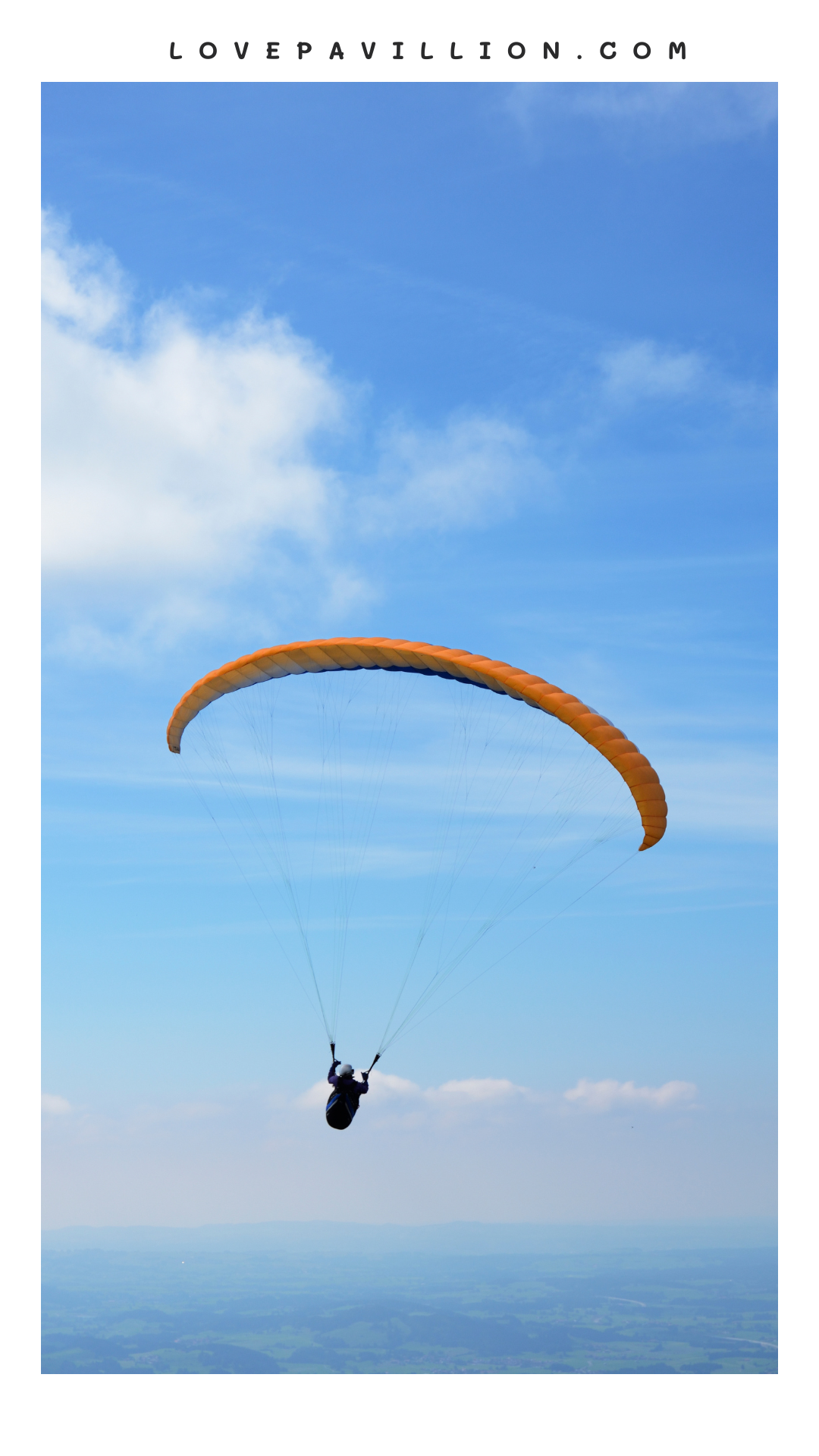 Men are attracted to women who are spontaneous and willing to try new things.

If you don’t have many hobbies or interests outside of him, ask him if he has any suggestions for what you could do together.

If he has any ideas, try them out! If not, look online for things to do in your area.

Do a little research and find something that you both might enjoy doing together.

13. Being good at small talk

Men love it when they can talk about anything with their partner, but most women have a hard time starting conversations with strangers (or even friends).

If you’re going to a party, try to find out what the host’s interests are.

Then bring up the topic in conversation with your date and see if he joins in. If not, talk about something else instead.

If you’ve been dating someone for a while, it’s nice to even things out by paying for dinner once in a while.

Not only will this help him feel like he’s contributing something, but it also shows that you’re willing to share the financial burden of dating (and maybe even marriage).

15. Being willing to compromise

Compromise is a key part of any relationship, and it’s especially important when it comes to sex.

If you’re not into something he wants to do , be willing to compromise by trying something else that interests you too.

Everything must not folow your take or his dictates.

Learn to always find a meeting point by either letting some off from your end or adding up to meet up with him.

16. Being confident about your body 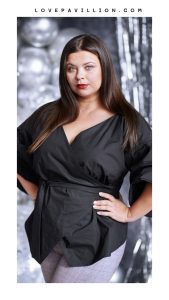 It’s easy to feel insecure about your body when you’re in a relationship with someone who has a great body.

However, it’s important not to let this affect your own self-esteem.

If you’re feeling bad about yourself, try changing the way you think about your physical appearance (i.e., don’t focus on what you don’t like).

Wear clothes that flatter your body and not amplify your flaws.

Add a bit of attitude that births confidence with it.

Nothing is more alluring to a man than this!

A man will respect you when you habe a voice of your own and can stand by it.

It’s important to be able to say no when you mean it.

If your partner tries something that makes you uncomfortable, don’t just go along with it because you’re afraid of upsetting them.

Reassure them by saying that while they may not know what they’re doing wrong, it’s still not okay for them to do whatever it is that made you uncomfortable in the first place.

18. Being able to have an intelligent conversation 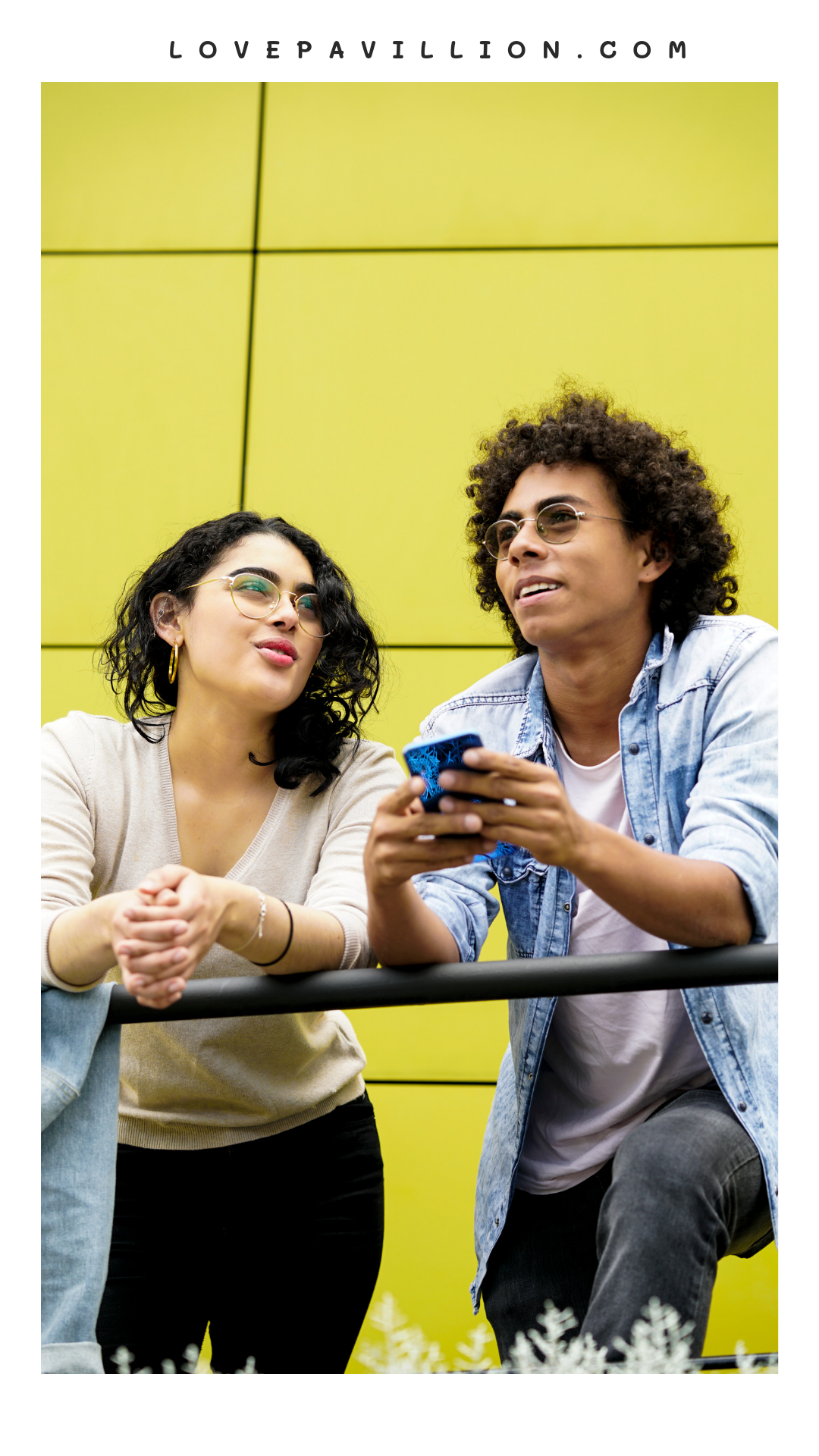 It doesn’t matter if you’re in a relationship or not.

Being able to have an intelligent conversation is key to building any kind of relationship, whether it be with your friends or with someone you’re dating.

You should always try to learn something new from each person you meet, even if it’s just one tidbit of information that sticks with you for the rest of your life.

19. Being proud of your career

Whether you’re working a job you don’t like or are starting your own business from the ground up, it’s important to take pride in what you do and how hard you work at it.

No matter what happens in life, you should always remember that no one else is going to care about your career more than yourself does. 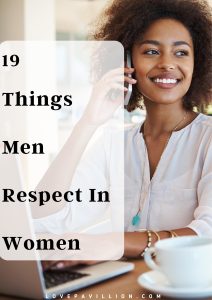 Don’t forget to share with the women in your circle.